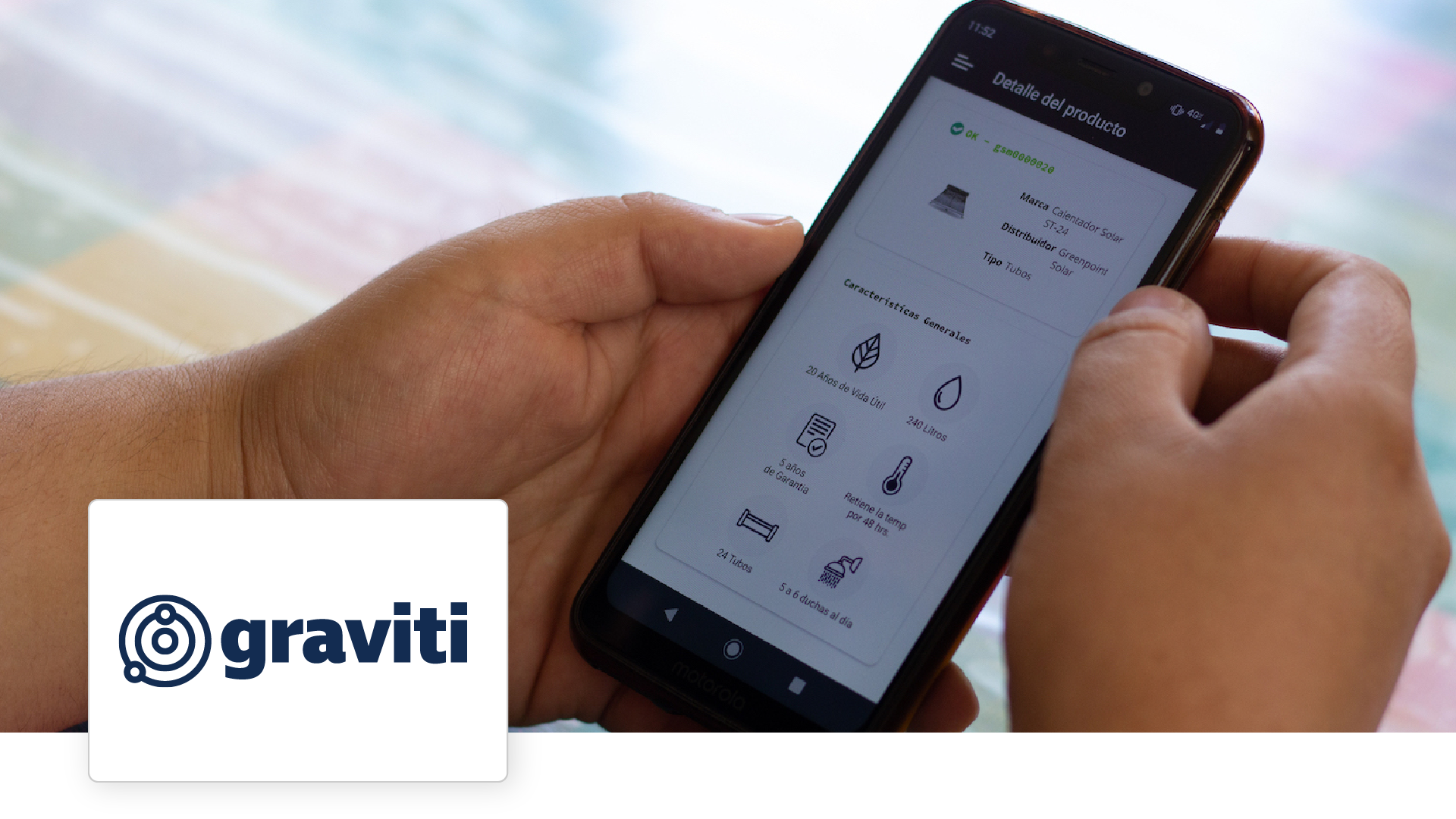 Graviti is a fintech startup that aims to unlock affordable and convenient access to essential services for unbanked and underserved families in Mexico, starting with solar water heating. Graviti has formed partnerships with local distributors, who install solar heating systems in customers’ homes. The startup has crafted an exceptional product, and the sales team is able to convert leads into sales at extremely high rates.

The startup was founded in Mexico City by a team with a strong background in pay-as-you-go (PAYGo) services and technology. They knew that PAYGo could serve as a powerful mechanism for expanding access to essential home appliances, especially given Mexican families’ limited access to formal financial services.

In choosing an entry point, they noted that piped gas is not widely available, so most families depend on trucks that deliver heavy gas cylinders for heating needs. Given this gap, the team launched Graviti’s services with a solar-powered water heater, which can provide hot water more reliably than gas can, and can help families save money in the long run.

While Graviti’s portfolio has been growing impressively, the team was worried about customer acquisition costs. When Catalyst Fund first started working with them, they had not developed a specific marketing pitch or refined the customer segments they wanted to target. Instead, they depended solely on broad social media advertising campaigns for acquisition. These campaigns are expensive, and, since they were not targeted very narrowly, the number of leads generated per campaign was quite low.

To address high acquisition costs and generate velocity for growth, the team knew they needed to improve their targeting and messaging strategy. Catalyst Fund helped them do so by conducting user research with both current customers and churned leads. The team conducted qualitative interviews with both groups in an effort to uncover what convinced users to eventually purchase the product, and to understand why some leads decided against it.

The interview guide included a series of open-ended questions, starting with basic demographic and household-level information, like age and number of dependents. Next, the researcher asked leads about their (previous) hot water solution to understand why they might have been searching for something new. Then, they asked how leads found out about Graviti, their perception of the value proposition offered by the startup, and their experience with the sales team. For current users, the team also asked about installation experiences and other feedback. For those that decided against purchasing, the researchers probed the reasons why and whether they went on to pursue other solutions.

The research found that active users tended to have bigger families and multiple sources of income, while churned leads were single breadwinners with smaller families. In both cases, leads already knew about solar-water heaters and needed little information about what the solution entailed. In fact, most knew someone personally who has (and loves) their solar home system, attesting to the importance of referrals and social proof.

Interestingly, the research also found that churned leads were still interested in Graviti, providing another source of high-quality leads. Finally, the team also realized that both users and leads were interested in water heaters as a way to “invest” in their homes and well-being, and that the all-in-one financing and installation package from Graviti was the primary selling point.

Based on these insights, the team helped Graviti design a new approach to user segmentation, marketing and engagement. To start, the team segmented leads into four groups and prioritized those that were already interested in solar-powered water heaters. This group did not need to be educated on solar water heaters or convinced of their merit. Rather, they needed to be convinced why they should choose Graviti specifically, over other options. Insights from research indicated that the most appealing elements of Graviti’s offering were the financing options, the all-in-one concept, which included free installation and superior service, and the speed and immediacy with which users can access Graviti’s products.

Zeroing in on this segment, Graviti adjusted their messaging and conducted several experiments through social media and search ads, including retargeting campaigns for existing leads. They tested two campaigns: one highlighting the all-in-one qualities of the service and one highlighting the speed and immediacy delivered by Graviti, and tested this against their original ads which simply promoted the water heater and its price. This new approach resulted in so many qualified leads that Graviti needed to suspend the campaigns to hire several new members for the sales team in order to serve them!