How Fintechs Can Provide Meaningful Products to Brazil’s Thriving Favelas

In November of last year, as part of the Catalyst Fund team, I joined ToGarantido, a Brazilian insuretech company, in São Paulo to clarify the value proposition of their product and channel for low-income Brazilian customers. ToGarantido enables Brazilian customers to purchase low-cost life insurance bundles with health benefits via a chatbot — a channel that is immensely popular with Brazilian consumers. Our engagement had two objectives: First, we wanted to identify the tangible benefits that would make insurance valuable for consumers even in the absence of a claim; and second, we wanted to test the usability of ToGarantido’s chatbot channel prior to launch.

My colleague, Javier, and I got to Brazil with doubts about consumers’ familiarity with smart phones and with formal insurance. I’ve worked around the globe (particularly in rural and urban African markets) getting feedback from customers on financial products and testing the feasibility of technology solutions for bringing low-income consumers into the formal financial system. During my work, I’ve seen that, despite the promise of these solutions, there are often challenges with getting them to a large segment of low-income consumers because of barriers to smartphone usage. For example, in sub-Saharan Africa and many emerging markets, even consumers with smartphones often: 1) lack constant access to data, 2) have older phones with limited storage, smaller screens or outdated operating systems, and 3) don’t yet know how to download or navigate apps with fluency.

We were pleasantly surprised to discover Brazilian consumers’ fluency with phones for everything — one respondent told us, “I store everything on the cloud!” Our research took place in Jardim Angela, what was once one of São Paulo’s most notorious favelas, or slums. In the 1990s, it was dubbed the most violent community in the world.[1] Jardim Angela remains largely below the radar of most banks and fintech companies operating in Brazil today, and is largely ignored by other major companies. Today, however, Jardim Angela is a thriving community of members who are entrepreneurial, curious, and digitally savvy — and hungry for financial and social services that are affordable and convenient. Why is it that most Brazilian companies are not yet looking to these communities as market opportunities? 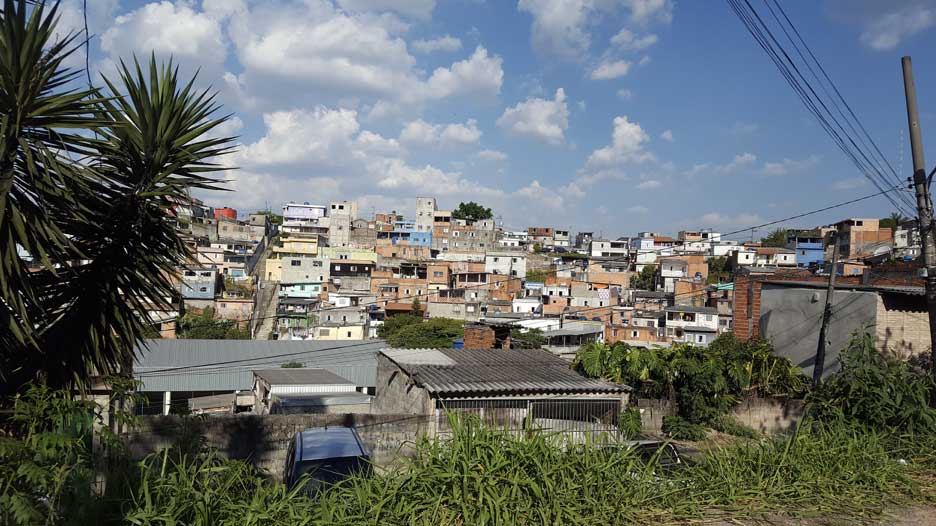 Few fintech companies are yet focused on customers in the low or middle-income segments. But with nearly 66 million unbanked adults (by comparison, Spain has a total population of 46 million), the opportunity is clear.

So, what should fintech companies keep in mind when considering these segments? Below are four takeaways based on our week in the field with ToGarantido.

The opportunity is clear

Brazil is a digital nation 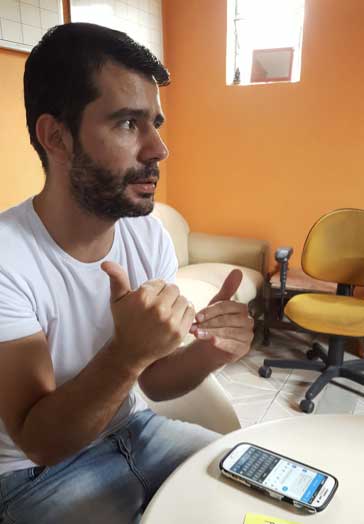 Brazilians are enthusiastic about messaging apps, from Orkut to Messenger to WhatsApp. Because companies have incorporated messaging into their interactions with customers, consumers expect companies to use messaging to improve their user experiences. During our UX interviews with community members in Jardim Angela, every respondent had a smartphone and used WhatsApp and Facebook proficiently.

One respondent, Isadora, who is 58 and recently retired in São Paulo, told us about how she loves joining internet communities to learn about what people in different countries are interested in and up to. She joins these communities through WhatsApp or Facebook groups. “I’m a curious person,” she said, “I don’t know English, but I’d love to learn to make more friends.” Another respondent told us about how he made a purchase entirely through WhatsApp, and requested and got information for a bank loan using messages.

Moreover, consumers view digital as an antidote to bureaucracy. They value opportunities to avoid long lines, travel to offices on the other side of the city, and the waits that accompany physical services. “If we have to travel downtown, we lose our day. If I can [purchase insurance] at home on my computer or on my phone, that’s perfect,” one respondent declared. In São Paulo and other Brazilian cities where travel to and from the city can take half a day, this time saved is a substantial benefit — particularly when it comes to health care.

Given ToGarantido’s aim to offer tailored insurance via a chatbot channel to the un- or under-insured, we sought to speak with residents of Jardim Angela who had already purchased insurance and to those who had not. By interviewing both groups, we hoped to understand: 1) the pain points and shortcomings of current insurance offerings in Brazil, and 2) the reasons that non-insured residents had not purchased insurance.

However, ToGarantido’s options for life insurance bundled with health benefits, which can be used at a network of health clinics throughout the country, presented an option that many respondents had not encountered before. Life insurance and access to health benefits tend to be expensive and bureaucratic. Thus, while interest in insurance was high, most had not purchased these higher-value policies in the past. But, because of the digital channel, ToGarantido’s insurance packages offered both a price point and benefits which truly amazed many of the respondents.

What to keep in mind?

Brazilian consumers are online and digital, but they are sharp about providing personal information to companies.

Respondents were excited to purchase insurance through a digital channel, but they listed numerous ways in which they would confirm the validity of the company and website before making a purchase. A combination of physical and digital trust points appeared to be most convincing, but companies entering the market can start with strong digital trust trust points and even mimic physical trust points virtually. Recent research by ideas42 highlights that digital financial service providers must overcome the lack of human or physical interaction by inspiring trust in other ways.

ToGarantido does this by ensuring that logos of trusted partners, such as insurer Chubb and health benefits provider VidaClass, are prominent throughout the website. And other more subtle means of bolstering trust are embedded throughout as well. For example, the prominent display of the ToGarantido’s office location, along with a map, allows potential customers to envision where the office is located, in the financial district of São Paulo alongside other large financial companies and banks.

Further, the chatbot experience is now fully embedded in ToGarantido’s secure website. During user testing, respondents found the process of jumping from ToGarantido’s website to a chatbot in Facebook Messenger or a separate application jarring. Not only did this make the process less streamlined, respondents were wary of providing sensitive information through a social media channel like Facebook or Whatsapp. During every step of the process, from browsing insurance packages to selecting one to making a purchase, customers can confirm that the web connection is still secure by observing the https address and the accompanying security symbol. The Catalyst Fund Trust Toolkit outlines a number of other trust points at each stage of the customer journey.

Respondents were not surprised by the idea of purchasing items via a chatbot. Afterall, Brazil is one of the largest markets for WhatsApp and has a popular local messaging platform called Fred.

Several respondents had interacted with chatbots before for online retail enquiries, and while some found the process easy, others noted that the experience was lackluster. For example, it was often obvious that they were speaking with robots programmed to a “script” and it was much too easy to get stuck in a frustrating loop. For these customers, the chatbot could not provide the answers or customized service that they needed. One respondent described, “if you’re not going to answer my questions in the next 5–10 minutes, I’m going to look for something else.” Though respondents overall preferred to transact entirely digitally, these disruptions in the experience were enough for them to abandon the purchase altogether and even seek out alternatives that did not require transacting online.

Many respondents that we spoke with had insurance policies outstanding, but described existing insurance options as lacking not only in terms of affordability but also in terms of their accessibility at times of need. One respondent described her current insurance contracts as “written so that you won’t use it.” She described processes that are so arcane or convoluted that navigating what to do at the time of a real need is enough to dissuade customers.

Another respondent, Maria, explained: “There’s a lot of competition in the insurance space and many products to choose from. But we always go with the option that is fastest or that serves us best — even if it’s more expensive.” Fernando, a male in his 30s added that he “loves” NuBank’s digital banking product because “it’s less formal, it’s fast, it works, and it’s personalized. If I need to change or update something, I can do it like that (snaps). You can change your address, you can block a purchase, and it talks to you like you’re its best friend.”

The opportunity to disrupt the Brazilian Fintech space with simple, customized products for low-income customers is clear. This is especially true for segments in Brazil’s thriving favelas, which are just outside companies’ doors, but often overlooked.

The time is now

As a result of our week of research in Brazil, ToGarantido cemented a partnership with Chubb, a global insurance company. Catalyst Fund provided inputs to design an innovative product for the Brazilian market, which is an affordable alternative for low-income families and individuals who don’t have access to traditional health plans.

Based on the insights that we gathered, ToGrantido and Chubb co-designed a fully digital insurance product to cover a combination of accidental death, hospitalization, and severe diseases combined with valuable medical benefits, such as discounted medical consultations, exams and medicines. Through a partnership with Vida Class, a company which promotes access to affordable medical services, ToGarantido clients have access to these discounted health services at more than 6,000 specialist doctors, 10,000 medical laboratories and 22,000 pharmacies throughout Brazil

To top it off, ToGarantido’s first fully automated customer was a 65-year old gentleman! The customers that you least expect might, in fact, become your biggest customer base.

[1] “Not as violent as you thought: Contrary to stereotype, the murder rate is falling.” The Economist. http://www.economist.com/node/11975437 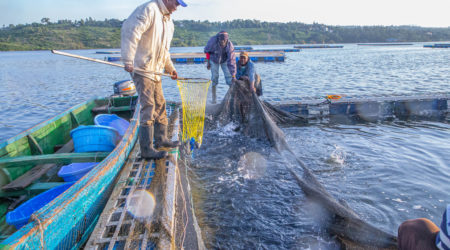 Why we Invested: AquaRech is unlocking the potential of smallholder fish farmers in Kenya

(Read the Portuguese version here) In November of last year, as part of the Catalyst Fund team, I joined... 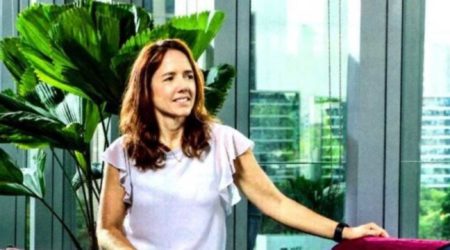 (Read the Portuguese version here) In November of last year, as part of the Catalyst Fund team, I joined... 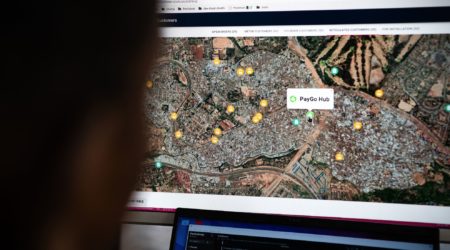