Can fintech bridge
the digital divide in India? 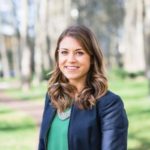 Authored in collaboration with Malika Anand

Forecasters predict that Indians will conduct more than US$1 trillion in digital transactions by 2025. Eighty percent of Indians already own a bank account, 54% of Indians use broadband mobile connections, and data services and mobile devices are more affordable everyday. So, many argue India is poised to be the next hotbed for fintech innovation. However, it remains to be seen if this explosion in digital financial services will truly benefit low-income populations.

The race is on to provide financial services to the world’s fastest-growing smartphone market and the next half billion internet users. Players include over 2,000 fintech startups as well as global leaders like Facebook Inc.’s WhatsApp, Jack Ma’s Ant Financial, and India’s own Paytm. Venture capital investments into Indian fintech startups more than doubled between 2014 and 2018, and the number of fintech deals in India surpassed those in China in the second quarter of 2019.

This activity reflects India’s favorable environment for fintech innovation. Over 1,500 fintech startups are benefitting from public initiatives like Digital India and India Stack, which provide the infrastructure to grow rural connectivity and establish open APIs. The government has also undertaken other efforts to support a cashless economy and therefore increase digital financial services, including Modi’s 2016 demonetization policy (though opinions vary on its effectiveness).

However, such an environment does not guarantee that low-income, excluded populations will benefit from the growth of the digital economy and fintech offerings. As of 2017, 191 million Indians over the age of 15 still had no access to bank accounts, and only 4% of the overall Indian population above the age of 15 had used the internet to pay bills or make purchases online.

Fintech startups may not currently be positioning themselves to bridge the divide. To start, most Indian fintech startups are currently targeting upper and middle-income segments to find early adopters, and reason that lower-income segments will soon follow. This strategy worked for M-Pesa in Kenya, which started off with primarily wealthy users but is now ubiquitous and has lifted 2% of Kenyan households out of poverty via the products and services offered on its rails. However, India’s rural-heavy population is scattered across a large geography, straddles a number of languages and cultures, and features limited cash-in cash-out infrastructure, so this strategy is unlikely to succeed there.

By focusing on middle-class customers who are already a part of the formal financial system, startups risk excluding nearly half of the population who need appropriate, affordable, and accessible solutions and services. Without careful consideration of their needs, the fintech revolution may leave many behind, exacerbating the effects of the digital divide.

Serving low-income customers takes nuanced attention because their needs, habits, and preferences are unique relative to middle- and higher-income customers. To start, they are typically not skilled smartphone users, they may be illiterate, and they find it difficult to trust financial service providers (this problem may also extend to middle-class users). Furthermore, they are geographically dispersed in rural areas and smaller cities and towns, where they face infrastructure issues with regards to energy and connectivity. Finally, as we have learned conducting BFA Global’s Financial Diaries in over ten countries, they have unpredictable income flows that do not cohere to weekly or monthly schedules.

How to include India’s underserved

To stem the expanding digital divide, innovators need to make design and distribution choices that directly address the needs and preferences of the most underserved. Catalyst Fund’s experience accelerating 25 inclusive fintech startups and creating inclusive financial sectors points to three takeaways for the Indian market:

Low-income Indians often find it hard to trust digital financial services and still prefer cash; in fact, the Reserve Bank of India indicates that cash transactions are on the rise, in spite of the demonetization policy, showing an increase of 17% in 2019.

Given this reliance on cash, the ecosystem needs to build out a stronger “cash-in cash-out” infrastructure to facilitate the high-volume, low-value digital transactions that characterize usage by low-income users. Without an abundance of touchpoints that feel comfortable, intuitive, and welcoming to low-income people, digital transactions will remain out of reach. Successful implementation of this type of capillary distribution system has enabled higher usage levels in rural and remote areas in other countries, such as Kenya.

This growth in infrastructure should still allow users to interact with people and not rely solely on digital and automatic channels like chatbots. One way of achieving this is to partner with businesses that are already familiar to low-income communities to deliver digital financial services. As demonstrated by the density of business correspondence agents (500,000 in rural areas, and 150,000 in urban areas), people like to visit and interact with humans as they use and purchase services.

Human interaction, especially at the beginning of the customer journey, can help providers generate and maintain trust. For example, companies like FarMart and Sub-K partner with retail chains to allow customers to purchase their products via trusted contacts. Similarly, Kaleidofin offers a suite of financial services through agents, cooperatives, self-help groups, temp agencies, and MFIs to diversify channels.

Geography is also an important factor, as the majority (~70%) of low-income Indians are located in peri-urban and rural areas. India has one of the world’s largest rural populations, including over 893 million people. However, 82% of fintech companies in India are located in just three major urban cities (New Delhi, Mumbai, and Bangalore). Fintech startups tend to exclude rural areas and smaller cities due to infrastructure and logistical barriers such as poor connectivity, and unreliable access to energy and other services.

To reach lower-income customers, companies need to account for customers living in lower bandwidth areas outside 4G coverage, who use feature phones rather than app-ready smartphones, and who struggle with intermittent connectivity. Amazon, for example, is already experimenting with a browser that is more appropriate for this audience.

Startups also tend to focus on big cities to reach Hindi and English speakers, and avoid confronting local language barriers. To expand outreach beyond tier one cities, and to rural areas in particular, fintech solutions need to build usability features in local languages (of which there are 438 in India!).

They also need to design solutions for customers who find sophisticated apps difficult to use and need more intuitive, simple interfaces that are reinforced by voice messages, guided conversations, or other methods, to overcome illiteracy and language barriers.

Finally, traditional financial products need to be adjusted to account for the fact that income flows are more volatile and unpredictable among low-income families. For example, those reliant on agriculture (who may constitute 80% of India’s poor) have income flows that correspond to planting and harvest cycles, not regular salaries. Cookie-cutter products that rely on monthly repayments and visits to bank branches are inconvenient for those who depend on agricultural or seasonal sales for income. However, few innovators have cracked the nut on how to properly serve this category of customers, especially farmers.

PayAgri, for example, connects farmers and financial service providers via farmer cooperative structures and facilitates easier transactions so farmers receive funds in a way that matches their expenses and needs more closely. Jai Kisan and FarMart offer low-cost, flexible, timely financing to farmers for agricultural equipment or other yield-generating assets so they can have more consistent cash flows.

There is an opportunity for fintech to enable the inclusion of low-income, remote populations and stem the digital divide. However, the work is far from accomplished. There is still much downstream innovation yet to be realized if inclusive fintech players in India can keep the needs and preferences of underserved populations in focus as they develop the next wave of fintech innovations.

Catalyst Fund has officially launched in India to support the inclusive finance sector, both through startup acceleration as well as via collaborations with ecosystem players that share the same mission, such as the Financial Inclusion Lab, managed by CIIE and MSC. Stay tuned for our next blog in this series (forthcoming) to read about how we plan to address specific gaps in the sector.