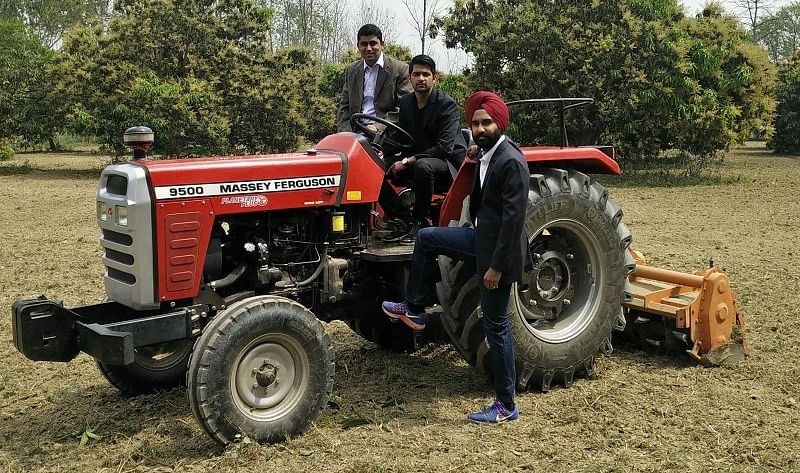 Pirate metrics – also known as the AARRR framework (Acquisition, Activation, Retention, Referral and Revenue), have become gospel for most startups, for good reason. By forcing startup teams to monitor each step in the customer journey, they indicate true business growth. However, many startups — especially early-stage startups — get stuck at the first metric, acquisition. They pour all their effort (and cash) into acquiring customers, only to realise that the customers aren’t activating – and even worse – the precious few who do activate, quickly fall away.

Getting past the first ‘A’ requires that startups work toward achieving product-market fit (PMF). Fortunately, getting to product-market fit needn’t be mysterious. Three superpowers can help you demystify what’s actually going on and understand how to fix the leaks in your funnel: data analysis, user research, and segmenting engagement.

So, why aren’t your customers activating?

It is tempting to believe that customers have stopped using your product (or never started), because they forgot about it. That is sometimes the case and activating these customers can easily be resolved via nudges and reminders. Unfortunately, the problem is usually more complex. It is more likely that customers don’t understand the purpose of your product, or that you have not understood the barriers they face to adoption – and therefore, fail to activate.

The root of the problem is that you haven’t yet found PMF, and you’ve opened the acquisition taps prematurely. In the excitement of launching a startup, this eagerness is common, and it is easy to be seduced by the drama of the registration count, without fully internalizing the implications of the drop off in the activation rate.

For example, at the end of 2019, when we met Catalyst Fund portfolio company FarMart — an agritech startup in India aiming to make agriculture a respectable, profitable and preferred choice of profession for the next generation — they were facing a similar situation. They had a great idea about how to help agricultural merchants in North India better manage their businesses and attract more customers. MVP in hand, they were rearing to get started and set out to acquire merchants. They were planning a marketing push even as they developed new features for the offering every night, paying little attention to activation. When FarMart joined Catalyst Fund, we helped the startup revisit the recipe for product-market fit — data analysis, user research, and an engagement strategy — to position them for success.

A few short months later, FarMart’s enthusiasm, together with our guidance towards PMF, has positioned FarMart for success. Today the app, which allows merchants to better communicate with the farmers they serve, has over 7,000 merchants, who have registered around 300,000 farmers.

How to get past poor product activation

1. Start by looking at your data.

Whenever a startup joins Catalyst Fund, one of our first activities is a data warm-up. This is because we know that data is critical to product design and development, especially as startups progress from an MVP. To get you started, this blog can help you decide the key charts to include in your company’s dashboard. Together, these charts give you a complete overview of how your customers are coming to and utilizing your product – tracking their progress along the AARRR funnel – the first step toward demystifying your customer base.

Looking at data also allows you to segment your customers into groups of high-frequency and low-frequency users. You will likely find that power users account for an outsized percentage of activity and are a hugely valuable group of customers, but that most users are low frequency or inactive.

In the case of FarMart, Catalyst Fund started by helping the startup install Metabase (an open source business intelligence server you can install in five minutes that connects to your database and allows you to easily view analytics) and created a dashboard so the team could keep track of what was really going on.

After several interactions, the final dashboard included activation and retention charts across the AARRR funnel. They included a chart to track daily, weekly and monthly active users (important, but not conclusive), a visualization of the funnel per cohort to track the transition from old product (providing merchants credit) to new (an SMS-based customer relationship management tool), and detailed usage (going deeper into product categories), as well as acquisition metrics.

Using a running cohort analysis (triangle chart), the team observed a trend in customer behavior that was not apparent when looking at just overall numbers of registered and active users. The chart showed that a large percentage of older hyper-active customers had stopped using the product, and were quietly dropping off. The team was missing this trend, as it was masked by the much larger numbers of new customers starting to use the new product. This observation helped FarMart to focus their retention efforts on their older power users, who were also loyal merchants, converting the majority of them to their new product. 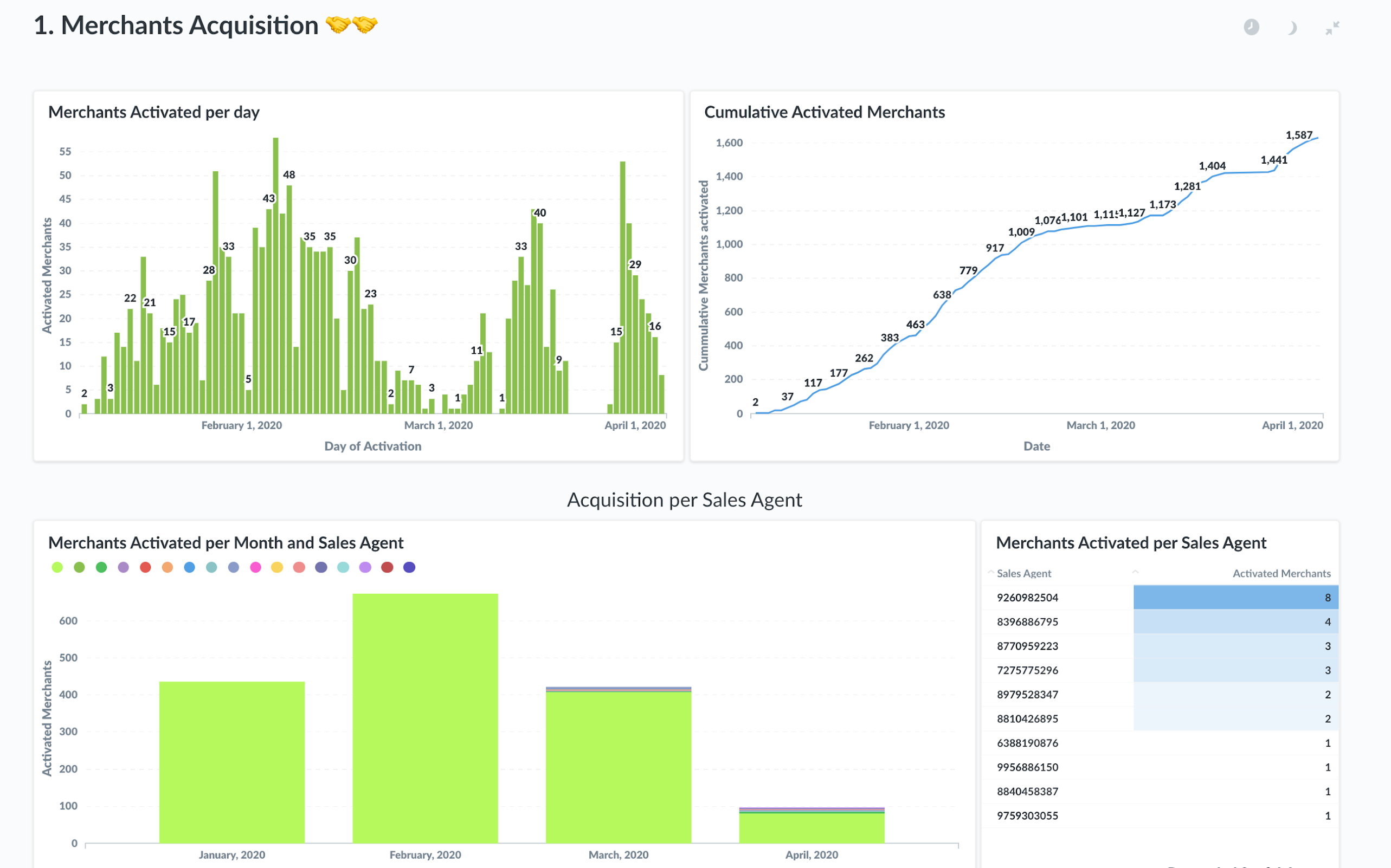 The FarMart team was blown away by the ease and insight provided by the dashboard. Their CFO noted that “measuring outcomes and using metrics to measure the impact of SaaS products” was one of the biggest learnings from their Catalyst Fund experience. They love being able to see how their business is performing across the AARRR funnel in just one screen, since the dashboard allows them to easily track their KPIs and identify areas of the customer journey that need immediate attention.

Data doesn’t lie; it is your source of truth. Keep a very close eye on what’s going on with it. The FarMart team was already collecting this data previously, and performing limited analysis, but moving to Metabase completely changed the way they used their data.

Learn how to engage customers

2. Get into the field for user research

Once you observe trends in the data, the next step is to understand what is driving them. That means going into the field to probe: 1) what customers hope to gain from your product, and 2) their experience using your current offering. If you are still in early PMF stages, a good approach to user research is open-ended interviews to uncover pain points as well as product expectations. These findings can then be used to develop a user persona, a business model canvas, or other schematics to establish your value proposition, as per the PMF pyramid below.

The first step is ask your customers what value they hope to get from your product. The answers are likely to surprise you; you may even wonder if they are talking about your product! If you find this discrepancy, you can either move to provide the solution they are looking for, or you can reconsider your messaging strategy so that customers have a better sense of what you are actually providing. In either case, you need to be sure that your product is resolving a need or pain point, or providing an opportunity, that customers recognize.

When we spoke to FarMart customers, we found that most had a very basic understanding of the old product and were largely motivated to use the app because of financial incentives the startup was providing (which were not sustainable). Although FarMart had released various features in the hope of delivering greater retention, none was reliably delivering the traction they needed.

However, we also spoke to one merchant who loved FarMart’s latest SMS feature. He had used the feature to promote products to over 600 farmers, and as a result ended up selling 300 more products than usual over the same period of time.

We were able to use that interview to create a user persona for an early adopter, and convinced FarMart to double down on this pivot. Having this persona focused their sales agents and helped them create messaging to target the perfect early-adopter: young, savvy merchants who are hungry for success. Identifying the right early adopter helps startups avoid going after the entire addressable market, which only results in spraying and praying, and rarely delivers results. With the right target customer in mind, acquisition has a greater chance of leading to activation and retention.

While in the field, you should also ask your customers about how they use (or have used, in the case of churned customers) your product. The goal here is to understand what customers find useful and what they find cumbersome about the product.

Such fieldwork helped FarMart realize that asking merchants to enter details of their customers (i.e., name, mobile number, and father’s name) was onerous. Merchants told them: “We don’t have time to immediately enter the information, so at the end of the day we start to enter the details. We know their name and their mobile number, but we don’t know their father’s name, a required field, and can’t proceed”. FarMart realized they didn’t even need to know the customer’s father’s name, and immediately dropped the field, leveraging their agility as a startup to make these quick changes. They also built an option that enabled merchants to upload farmers’ contact information from their address books, making it easier for merchants to build a database of farmers. This change helped them more than double the number of registered farmers per active merchant.

As FarMart learned more about their clients and the features they liked, they recognized that not all merchants were alike. They found they needed to segment their merchants, and target each type separately (or not all) so that acquisition would lead to greater activation.

For example, merchants located in markets had far bigger client bases than those based in villages. And, among bigger merchants in markets, those who were more digitally savvy were more likely to adopt and find value in the product. In contrast, smaller, village-based merchants or those who were insufficiently tech-savvy, were unlikely to derive value from the product and were simply clogging the startup’s acquisition funnel. The startup realized they need to exclusively target market-based, digitally-savvy merchants. Geo-location could help with the first part, and observing the merchants’ use of other apps could serve as a proxy for the second.

With segmentation and targeting under control, the team created a detailed engagement strategy using feedback from merchants who experienced good results from using the product as social proof. This strategy helped focus acquisition on a specific type of merchant, thereby tightening the link between acquisition and activation.

Together these three steps have helped FarMart activate the merchants they were acquiring and have positioned them to rapidly scale their product. As we wait to see what comes next in their quest to provide more and more digital products to agri-merchants, we know that these three PMF superpowers will continue to serve them well.

After all, PMF is an ongoing progress. Startups need to repeat these steps until the data shows sufficient traction along the AARRR funnel. Although revenue is a critical metric, many startups have proven that a strong base of active and loyal users is critical to experimenting with various business models as you move toward PMF. For a more detailed overview, take a look at our product-market fit toolkit. 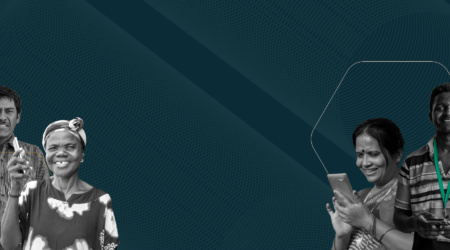 We began with a goal of supporting inclusive fintech startups, to help them access the capital, support and talent... 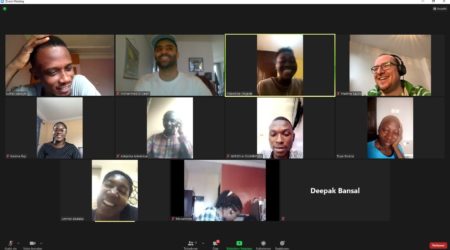 A web survey of over 60 startup founders in Africa in April 2021 found that close to two-thirds of... 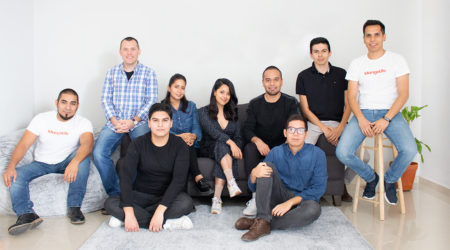