Is India the Next Battleground for African Fintech Startups?

Is India the Next Battleground for African Fintech Startups?

This article was originally posted on Next Billion here.

As fintech startups in emerging markets look for growth opportunities in the face of increasing competition, many are considering expanding into new countries where their products and know-how could quickly add value and generate traction with customers. Expanding globally is an established strategy for companies to quickly grow their customer base, enlarge their talent pools, lower production costs, and gain a competitive advantage for long-term sustainability. However, emerging markets are idiosyncratic, and startup leadership should consider the markets they enter with care.

With vast experience working with startups across emerging markets, BFA’s Catalyst Fund facilitated a panel at the Sankalp Global Summit in India entitled “Is India poised to be the next hotbed for fintech innovation?” The panel featured Daniel Yu of Sokowatch, a Catalyst Fund portfolio company based in East Africa and looking to enter the Indian market; Atreya Rayaprolu of Tribe3, an Indian fintech startup in the credit market; Vipul Beniwal of Tala, which has successfully launched in India from their base in East Africa; Paarul Dudeja (at the time) of Accion Venture Lab; and Catalyst Fund’s own Rasima Swarup.

The conversation made one thing clear: Although East African fintech startups are strong competitors with established business models and tested skills, the Indian market presents a formidable challenge that will require startups to get smart – and go local – to succeed. We’ll explore some of the panelists’ key insights below.

East African startups are facing more saturated markets at home, so they are expanding (or considering expansion) into other markets, and India seems to be the market of choice.

India offers an English-speaking business environment of unparalleled size. Although there is competition from Indian players, 190 million people remain financially excluded and half of bank accounts are dormant.

Serving a population of 1.2 billion, the Indian fintech sector is predicted to reach US $31 billion this year, and the digital economy could be worth as much as US $1 trillion by 2025. A market this size can be very attractive for startups that are battling it out in Kenya (population: 50 million) and Tanzania (population: 57 million).

Furthermore, India is home to the talent that startups need to expand their businesses. Daniel Yu of Sokowatch sees India as an opportunity to access the talent he needs to grow his business globally: “If I can get the talent from India to serve one billion people there, I am going to get the competitive advantage so we can be market leaders across the African context as well.” He is not alone in recognizing this talent opportunity; Indonesia’s ride-hailing app Go-Jek recently acquired an Indian startup as a “talent grab.”

The government context is also favorable. The Indian federal government and various ministries have launched a multi-pronged approach to support the fintech sector and to drive financial inclusion, including the Jan Dhan Yojana program, the Unified Payment Interface, Aadhaar digital identification and Digital India. These programs and initiatives have provided an enabling environment for over 2,000 fintech startups to iterate and grow.

Given this attractive environment, India may seem ripe for the picking for established fintech businesses like Tala, Branch and Cellulant, which have already proven themselves in a tough, mature market like East Africa.

The Kenyan mobile money market is more developed than in any other country, and the same goes for its inclusive fintech sector. Twenty of the Inclusive Fintech 50 (a global competition to elevate early-stage fintechs driving financial inclusion) are Africa-focused, and five are in Kenya alone. In this competitive environment, East African fintech companies have developed road-tested products and business models that can be leveraged to expand to other markets. Tala has found success with this approach, having expanded from its base in Kenya to Tanzania, Mexico and the Philippines before entering India last year.

Furthermore, these startups already have operational systems that are largely developed, including software, back-end systems, and internal processes and policies. So they are poised for growth and are now looking for the right opportunities. In addition, the leadership teams at these startups already know how to iterate quickly to find product-market fit and generate traction with users. Since talent and well-functioning teams are one of the main weaknesses that plague growing startups, having these leadership resources in place is a major strength.

However, even for proven businesses, India is an incredibly difficult market to enter. As Vipul Beniwal at Tala put it, “India is not an opportunity risk, but an execution risk.”

To start, India is an enormous but highly fragmented market that encompasses 29 states and 22 regional languages. The states are united by a federal government, but there are significant differences in business regulations, tax structures and reporting requirements between each of the states. For example, value-added tax rates and categories vary by state. Some states even opted out of using a value-added tax in favor of a sales tax for a short period.

This fragmentation extends to languages: While 41% of the population speak Hindi (and its sub-groups) as their mother tongue, startups hoping to take advantage of India’s massive population need to integrate regional languages into their interfaces, as well as understand Indian language politics. Atreya Rayaprolu from Tribe3 emphasized, “Going vernacular on day one is key. Come in with a voice to target the low end of the market.”

Furthermore, getting language interfaces right is not as simple as a direct translation, since people tend to use a mix of English vocabulary and numbers, alongside local words and slang (e.g., Hinglish).

Although East Africa is also fragmented and diverse, the complexity in India can be surprising. For example, while the Hindi-speaking population (over 500 million) dwarfs the Swahili-speaking population (150 million), literacy rates are lower in India (between 55-75% in Hindi-speaking states versus 82% in Kenya). As such, startups cannot rely on people being able to read and write, even in local languages. In fact, as Beniwal noted, “India’s strong oral tradition means that users prefer to listen, watch and talk, rather than read and write.” Ultimately, customer engagement is both a language and a media challenge.

Once startups get organized with regard to languages, they must also contend with the numerous relevant authorities in India, including the Reserve Bank, the Securities and Exchange Board, the Telecom Regulatory Authority, and the Insurance Regulatory and Development Authority. In addition to a variety of authorities, there is a diverse array of regulatory categories for financial institutions that may be unfamiliar to Kenyan firms (e.g., non-Banking financial institutions, payments banks). As Beniwal stated, “In fintech, you’re at a junction of regulatory, tech and consumer sectors, and that makes it even harder to get started here.”

This high number of authorities and categories contributes to an overall sense of risk and policy uncertainty. The government agencies each have differing views on the value of startups and fintech companies and – as demonstrated by demonetization in 2016, as well as changes to eSign regulations and the use of Aadhaar data – they can move in unpredictable ways. During the panel, Paarul Dudeja of Accion Venture Labs reinforced the impression that the authorities tend to move abruptly, and Rayaprolu suggested that regulators are likely to take a closer look at financial apps as their usage increases – so it’s important to ensure compliance as companies grow.

Finally, it is worth noting that, although India’s market is large, it is also crowded. In addition to over 2,000 Indian fintech startups (second only to the number in the United States), startups from other markets are looking to claim a piece of the pie. Chinese fintech firms, like Xiaomi, are making significant inroads in online lending in India. The Reserve Bank of India has licensed at least 11 Chinese firms, even as the relevant regulatory structures need clarifying. These firms seem to be taking a capital-intensive approach to launching and, according to the panelists, have grown their loan portfolios quickly, acquiring as many as 10,000 clients in as little as two to four weeks.

It remains to be seen how the quality of the Chinese startup loan portfolios will evolve, and whether they’ll stick it out in the Indian market – as they don’t seem to design with local users in mind. Yu has doubts: “The Chinese firms thought they could come in and just replicate the Alipay model, [but] the fundamentals of whether there is product-market fit have not proven themselves.” For example, China’s WeCash pulled the plug before even launching in India. Rayaprolu reminded the group that American companies (like WePay, an online payment provider) have also tried to crack the Indian market, but pulled back after experiencing the challenges firsthand. However, others point out Chinese players have taken a staged approach to first investing and then launching, and are taking an ecosystem level view of the sector. So their future in India may be brighter than it currently seems.

Given these obstacles, Dudeja recommends caution: “We advise non-Indian companies to go into other markets, but not the Indian market.” But Yu and Beniwal disagree. Despite the perceived challenges, they see India as a huge opportunity, and suggest that others consider it as a way to access an enormous market of customers and deep talent pools, which boast higher cost-to-quality ratios than other countries (particularly for engineering and tech talent).

For startups that intend to take on the challenge, the panel highlighted three essential elements: 1) hiring strong local talent that understands the market, 2) achieving proper targeting and user segmentation, and 3) developing strong partnerships.

With regard to partnerships, business-to-customer fintech companies should look to form distribution partnerships with large networks – telcos, banks, e-commerce platforms, etc. – who can grant startups access to their customer bases without large initial investments.

Fintech startups should also form relationships with India-based knowledge partners like investors and market facilitators, to get help hiring the right talent, nailing efforts to localize their models, deepening their networks and establishing product-market fit. These knowledge partners, along with strong local staff, can guide startups’ targeting and segmentation, which cannot be cut-and-pasted from other markets.

Based on Catalyst Fund’s experience accelerating 31 fintech startups around the world, and research conducted by BFA Global’s office in India, we suggest that African fintech startups ask themselves the following questions as they consider entering the Indian market:

Only after asking these questions – and coming up with positive, feasible answers – should startups enter the Indian battleground. Though the risks are real, the opportunities are impossible to ignore. 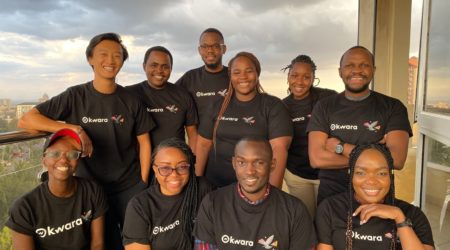 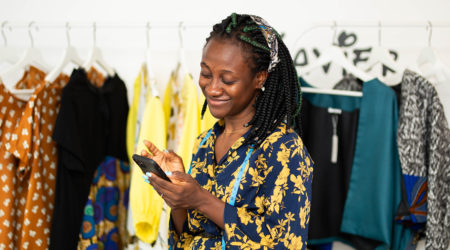 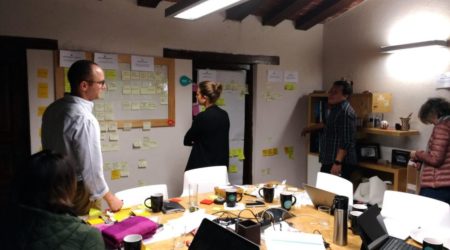