Is it China’s Golden Age in Digital Financial Inclusion?

Last week, I had the chance to attend a workshop of the Global Partnership on Financial Inclusion, a G20 body which aims to promote global financial inclusion, in China. Hosted by the Central Bank of China, the People’s Bank of China, this Forum gave the opportunity to hear from the range of players who have contributed to the remarkable story of China’s rapid progress in this area.

The World Bank reported on FINDEX numbers showing that the percentage of adults with bank accounts rose from 62% in 2011 to 78% in 2014, higher than the G20 average and above most other middle income countries. Even these numbers may understate the reality: we heard the results of China’s recent 40,000 household financial survey, which reported that even in rural areas, 93% of households had a bank account. Even more remarkably, 66% of rural households already have at least one smartphone. Remarkable efforts by a range of state-backed players such as the People’s Savings Bank have since 2011, extended agents, branches and ATMs. They report that 90% of villages now have a point of service. Despite this, the usage of digital channels is still at relatively low levels in comparison with urban areas where usage of online channels for financial services has exploded.

The scale of this big national push is breathtaking. However, some of the most remarkable stories come from the growth of the internet companies into financial services. TenCent holdings, owner of the very popular WeChat service, reports more than 600 million subscribers who use WePay for a range of convenient micropayments.

At the workshop, we also heard from the head of strategy at Ant Financial Group, Long Chen (picture below) about the growth of the Alibaba group. Alibaba started as a tech company offering an eBay-like trading platform with special escrow features and has grown into a major fintech company. This process started with offering microloans to their customers in 2007. Initially, Alibaba tried to link their clients with high credit ratings based on the record of their e-commerce activities to banks to get microloans. However, banks reportedly typically financed only 2 in a 100 clients presented, leading Alibaba to start its own microlending activities. This growth into credit happened alongside the growth of its digital payments capabilities.

Alibaba’s lending activities began in 2015 conducted through a licensed bank, MYbank which is part of the Ant Financial Group, the financial services affiliate spun out of Alibaba. Today, Ant Financial reports serving 4 million small and microbusinesses with credit and having disbursed over $100 billion in just over five years which, as Long Chen was quick to point out, is many times more than the total volume of loans provided by Grameen Bank in its 39 years. This is in the area of credit alone, quite apart from a massive payment business and more recently, the launch of asset management activities which have brought mutual funds within reach of the small consumer by reducing minimum investment sizes substantially.

What is the secret sauce behind this success? Long Chen attributed it to three elements:

As an indication of how this manifests in the offering, he quoted Ant Financial’s “310” model:

Long Chen described this time as a ‘golden era’ for digital financial inclusion. Certainly, Ant Financial offers a world leading example of inclusive fintech showing how a tech company can craft a successful financial offering targeting a gap in the market for small businesses; and addressing it through focusing on specific client needs. This example is both an encouragement and a challenge for FIBR partners who work in markets much smaller and often less enabling than China, but who can also pioneer transformational models in their contexts.

FIBR stands for Financial Inclusion on Business Runways and aims to learn how to transform emerging business data about low-income individuals and link them to inclusive financial services to deepen financial inclusion and its impact. FIBR is a project of BFA in partnership with The MasterCard Foundation.

Stay connected by signing up for the FIBR mailing list and joining the Inclusive Fintech Group on LinkedIn. 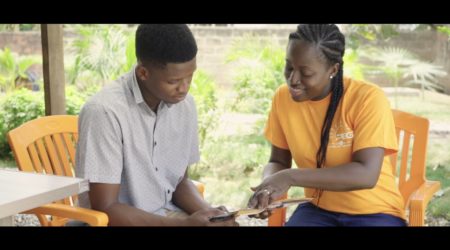 How are FIBR and PEGAfrica building viable PAYGo businesses and their agents? 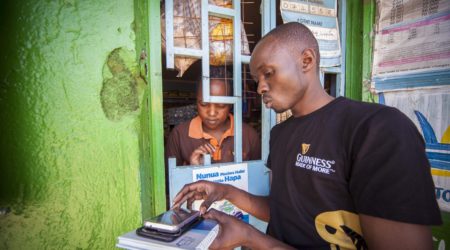 Who are the Small Merchants Who Make a Real Living Instead of Just Making Some Extra Money? 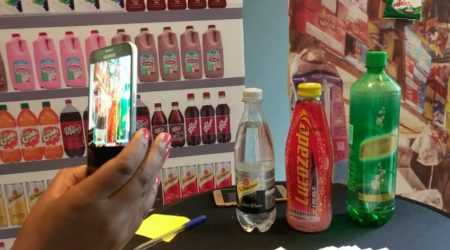