By introducing portable benefits for gig workers, African governments and digital platforms can help to power the continent’s future growth. Otherwise, these platforms will lose top talent, countries will miss out on potential tax revenue, and Africa will fail to reap the full benefits of the digital revolution.

TORONTO – The growth of digital platforms in Africa could offer new opportunities to bridge the current gap between often-insecure informal work and formal employment. Portable benefits, which move with a freelance worker from gig to gig, could drive this transition.

There are already about 300 active digital platforms in Africa, employing close to five million workers. They include e-commerce company Jumia, which was established in Nigeria and now operates in 14 countries on the continent.

The rise of such platforms has intensified the debate about the demise of the traditional employment contract and the persistence of widespread informal employment in Africa. This shift increases the risk of lower wages and lower-quality work. It also restricts workers’ access to critical benefits, including sick leave, health insurance, workers’ compensation, and employer-funded retirement savings plans.

Although informal work sometimes provides an adequate income, it often traps workers in a cycle of low productivity and even poverty. In most parts of the world, government policies fail to support and protect the growing number of freelance or gig workers, forcing them to navigate a regulatory grey zone.

Furthermore, informal employment deprives governments of substantial tax revenues. According to the International Labor Organization, 85% of workers in Africa are employed informally, and therefore do not declare their income or register their businesses. This loss of potential revenue affects countries’ ability to invest in education, health, and basic infrastructure, all of which are vital for boosting the productivity of the workforce and sustaining broader economic growth.

Gig workers are increasingly putting pressure on employers to rethink outdated models of compensation and benefits. Uber, for example, has recently lost a series of lawsuits in the United Kingdom instigated by drivers seeking access to basic benefits like minimum wage and holiday pay. In an effort to appease their workers, platforms are experimenting with additional incentives for contract workers. For example, drivers working for ride-hailing company Lyft in the United States get a voucher giving them a discount when they visit a doctor, while TaskRabbit workers are provided with liability protection of up to $1 million. But these perks are still a far cry from the health-care and retirement benefits that companies traditionally offer their full-time employees.

A growing number of experts and policymakers are therefore looking at the feasibility of portable benefits, which are not tied to a particular job or company. Employers would pay a certain percentage toward universal benefits for all work that they commission, regardless of the nature of their contract with the worker. For example, if an independent worker drives one hour for Uber, and walks a dog for another hour on Rover, each platform would contribute an equal amount toward his or her benefits. This would enable independent workers to accumulate and manage their benefits, and eventually acquire a safety net like that of a full-time contracted employee.

With digital commerce estimated to benefit at least 80 million young Africans by 2030, opportunities for gig workers will increase. And if access to a range of valued benefits, from health insurance to pensions, is made conditional on registering their business and paying taxes, they will have a powerful reason to formalize their work.

Digitization could enable the formal sector to offer a spectrum of benefits for workers and responsibilities for employers. African labor-market regulators and tax authorities can play a significant role in recognizing and incentivizing progress along this spectrum. This means taking stock of which benefits workers value most, and then designing effective policies that encourage digital platforms to offer them. Moreover, such policies should ensure that benefits are portable and tied to the worker rather than the platform, so that people can choose the ones that suit them.

Digital platforms should also consider how to include portable benefits in what they offer to potential employees, such as by setting aside a portion of their revenues to finance these perks. Such benefits could become an increasingly important recruitment tool as platforms grow and compete for labor. And unless digital firms take the lead on this issue, they face the risk that governments will force them to adapt their business later on – which will likely be much harder.

By introducing portable benefits for gig workers, African governments and digital platforms can help to power the continent’s future growth. Otherwise, these platforms will lose top talent, countries will miss out on potential tax revenue, and Africa will fail to reap the full benefits of the digital revolution. 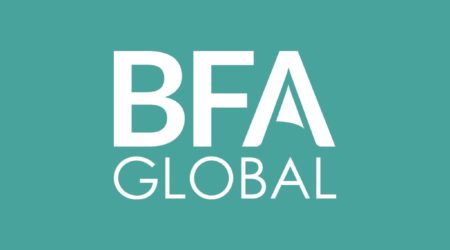 Can Africa Show How Gig Workers Get a Fair Share in the Digital Economy? 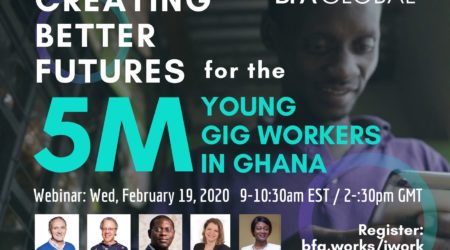 Webinar Summary BFA Global research shows that the rise of digital commerce has changed the nature of work and...