Kenyan Banks Feel the Pain — and Now Some Gains — From Digitization

On my recent visit to a bank branch in Nairobi to make a cash deposit, I was welcomed by one of their customer care staff at the entrance. Upon inquiring how he could help, he gave me two options: get a ticket number and queue behind well over 30 other customers to be served by a teller, or be served by a woman who was seated in the banking hall at a table with a “BANK AGENT” sign and an electronic terminal. There was no queue. Needless to say, I chose convenience and made straight for the table and completed my deposit in less than two minutes. I was free to run other errands. The woman was a bank agent placed in the banking hall to woo customers to use alternative business channels. While the queue at my bank might suggest otherwise, many other Kenyans are making the same decision I did and are taking the digital option. Surprisingly, however, banks are seeing higher staff costs even as they trim their workforces in the switch to digital options, highlighting the rocky path to a more digitized approach.

From a Place You Go to Something You Do

In the last three years, Kenyan banks have been reviewing their business models as they follow their customers into the digital era. Digitization, use of third-party infrastructure, and self-service devices have transformed the bank experience from a place you go to something you do on your devices. There has been a widespread adoption of automation and a shift from brick-and-mortar to alternative digital channels, such as agency and mobile banking. There has been a slow growth in the number of branches with 23 bank branches closing in 2017, a decline of 1.5 percent. During the same period, digital channels such as agents and ATMs increased by 13 percent and 6.4 percent respectively.

Branch activities have slowed as customers embrace the use of a growing number of digital channels. Branches now are mostly handling high-value transactions, wealth management, and advisory services. For instance, Equity Bank, which is focusing on digital banking, sees 96 percent of its transactions occurring outside its branches; the same for 87 percent of KCB Bank’s transactions. This has resulted in an overall decline in bank branches and an increase in digital channels as shown in figure 1.

Banks are already seen the gains of digitization coupled with revenue diversification and economic recovery. Positive profits were posted across the sector after the interest rate cap with an exception of a few banks. For instance, Equity Bank and KCB saw their half-year, after-tax profits increase by 18 percent for both in 2018.

“Innovation and digitization have contributed significantly to improved efficiency gains and cost optimization that has seen the Group’s total expenses declining by 2 percent.”

Staff Cuts Felt Most Deeply in the Front Office

The effect of digitization, along with other factors such as interest rate capping and increasing wage bills, has already been felt in the Kenyan banking sector. There has been a decrease in the number of employees, either through layoffs or attrition, as a result of the consistent improvement in bank efficiency. First tier banks like Equity, Co-operative, and KCB have cut staff numbers and other institutions, such as Barclays, Sidian, and Bank of Africa, are even closing some branches. This has led to job losses and frozen staff recruitment. Staff levels decreased by 2,790 (8.3 percent) between 2016 and 2017 and by a total of 6,020 in the past three years across all staff levels (figure 2). The greatest decrease was recorded in front office employees, such as tellers and support staff. By contrast, back office staff, such as managers and supervisors, suffered the least and their growth bounced back or at least leveled in 2017.

Even though there has been a big increase in the number of people employed outside the banks as agents, the retrenched staff do not seem to fit there since these are low-paying jobs. In this scenario, managers, supervisors, and agents are winners and tellers are losers.

Salaries and wages paid by the banks have, however, been on the rise (figure 3), casting doubts on the expected savings from leaner, more efficient workforces. For instance, Equity Bank staff costs climbed by KES 1.3 billion in the first six months of 2018, even though the workforce declined by 318 positions. During the same period, Co-operative Bank shed 58 staff and yet its wage bill increased by KES 615 million. At Barclays, staff costs climbed by KES 19.3 million despite it downsizing by 323 jobs. KCB Bank, whose workforce dropped by 709 in 2017 partly due to early retirement schemes that aimed to save KES 2 billion a year, had seen staff costs dwindle by only KES 485 million.

This trend could be attributed to rising staff salaries as workers now serve more customers due to increased efficiency and technological skills and start bargaining for improved terms. For instance, the number of customers served by one employee has increased twofold in three years. Data from the Central Bank of Kenya (CBK) showed in 2017, one employee was serving an average of 1,544 customers, up from 770 in 2014. The data also showed the number of senior employees (managers and supervisors) increased or levelled off in 2017. These employees are likely to attract higher salaries, helping explain the swelling sector wage bill.

Figure 3: Trends in costs per employee in the Kenyan banking sector

Digitization of banking services is likely to be here to stay given the deepening smartphone penetration in Kenya and elsewhere. According to Google’s Consumer Barometer, smartphone penetration in Kenya was 43 percent in 2017 up from 27 percent in 2014. There is also increased internet connectivity and usage. Banks are likely willing to bear the short-term cost of seeing their wage bill actually grow, or at least decline more slowly than they might have expected, given their expectations of longer-term profitability and growth in their customer base. 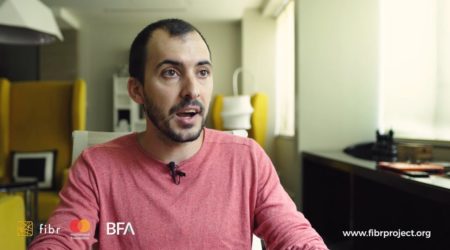 How can shopkeepers use a smartphone camera to count and track inventory and sales? 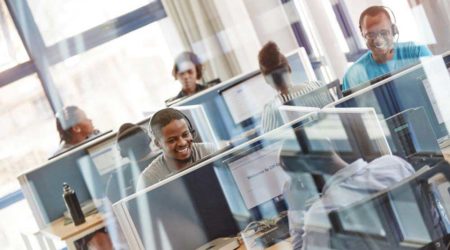 Machine Learning in PAYGo: What You Need to Know Before You Jump In 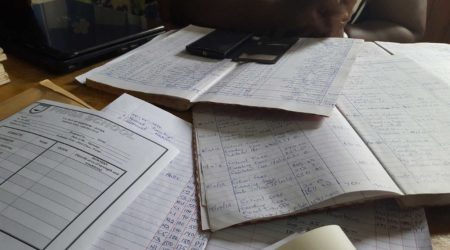