Why Silicon Savannah is Unsustainable, and What to Do About it

Since the 2010 release of early speculation that applications and other tech development and programming could create and jump start private sectors and local economies, a world of hype, enthusiasm and investments (from venture capital to public and donor money) appears to be funneling towards app development and mobile hubs around the world.

Apps4D — a smooth acronym that evokes images of hip startups peppering the developing world and cutting edge tools used by the development community — sounds like the next big thing that I, an interloper from the digital finance field, could not have anticipated it receiving such a heavy dousing of reality at a recent Tech Salon in DC.

The Tech Salon unearthed early an uncomfortable paradox: the strong desire to dismantle a deepening digital divide (and see tech sectors built and thrive outside of Silicon Valley) pitted up against the rarely discussed reality of a market firewall that drastically limits the potential of an actual “app economy” in developing countries.

Digital is the next extractive industry; successful apps and developers — and the economic growth that would accompany both — don’t stay in the country because the system is stacked against them doing so.”

On the one hand, a clear and growing digital access and capacity divide is compelling increased investment in local digital and app development for spurring local entrepreneurial individuals and communities; jobs creation and skills building, particularly for youth and other disadvantaged segments; increased access to info and services; improved systems and business management; and ultimately tools that create utility that improves livelihoods. The proliferation of iHubs globally and the mLabs and mHubs sponsored by the World Bank are familiar examples of this approach.

On the other hand, recent eye opening research about winners and losers in the App Economy from Caribou Digital calls into question the extent to which App4D investments or efforts will actually lead to any real economic development in developing and emerging markets. They point to harsh realities:

One participant who has built a successful app development firm in Africa reflected that such companies, lots of time if they get big enough (over 50 employees), they move to consulting and “try to get deals with the West because that is where the money is.” While impact investing is seen as a potential channel to get good startups going, he lamented, “very few are getting the investment they need through that route.”

So much for Apps4D, right? Not so fast…

Despite some serious barriers to entry, scale and sustainability, participants brainstormed 5 ideas for supporting the app development industry in developing markets.

In the end, questions remain around what successful App economies should look like.

How do you build tech talent in emerging markets that create local markets, local value, and local visions of success? We need to change the narrative on what success is in this industry. If a Facebook-sized enterprise is unrealistic, then is a viable, sustainable, 50-person business is actually success in these markets?. At a minimum, surely if we are going to promote such skills acquisition we’d expect that person to make a decent living. Otherwise, a “digital fair trade” movement may be afoot. 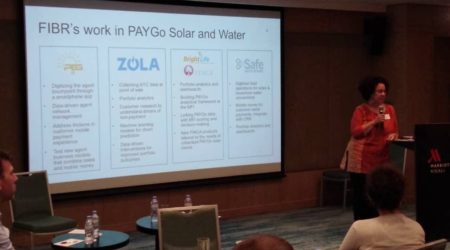 FIBR’s Next Generation of Linkages to Financial Services: Betting on PAYGo 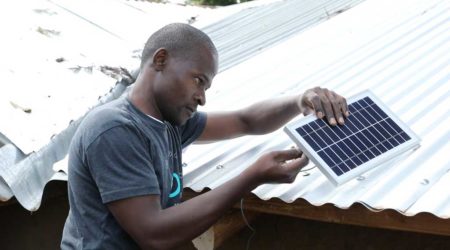 How to design PAYGo operational models to improve repayment