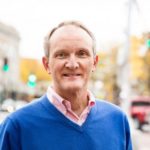 Santiago Levy is the former Minister of Social Development in Mexico and more recently IDB’s chief economist. In 2018, he published a noteworthy book called Underrewarded Efforts: The Elusive Quest for Prosperity in Mexico (available for download free here). In the book, he makes good use of extensive Mexican firm-level census data to get a fine grained view of how the productivity of Mexican firms varies, and how this has changed over time. His results are striking: firm-level productivity is related positively both to firm size and to whether the firm uses salaried labor, but not to whether the firm is itself formal or informal. Both types of firms can be found across the Mexican economy in productive and unproductive sectors.

Levy’s real point is to use this new evidence to explain why economic growth has been so low in Mexico in the past decade or more. Meager growth has happened despite national policymakers getting so many macro policies (such as monetary and fiscal stability, political stability) right in the past few decades, and also heavy investment in human capital and infrastructure–these are the ‘under rewarded efforts’ of his title. Low growth has followed low total factor productivity (TFP). TFP derives from a complex set of micro-economic policies in the arenas of labor, tax and market structure which together shape the economic environment–a set he dubs E(L,T,M). Even well-meaning social programs distort incentives so that higher productivity work is not rewarded overall in ways which can incentivize inclusive growth.

Levy is careful not to draw to implications beyond the evidence from the rich data sources available in Mexico. However, it is easy to see the potential parallels in other emerging middle-income economies which, like Mexico, have generally hewn to a path of macro-economic and political stability but have just not seen the fruit in terms of inclusive growth. It is easy to propose that rigidities in labor markets or tax incentives and features of the market environment are highly likely to be part of the cause in these other countries too, even if the specifics of these laws and policies, and the ways they are enforced–the institutional environment–may be quite different from Mexico.

But my point here is not to draw parallels for other countries — more country-specific analysis would be needed for that; and the iWorker diagnosis from Ghana is one. Rather, I want to ask a different conjectural question taking Levy’s approach and updating it for digital: how might the diffusion of digital technology in the workplace change the productivity of workers and firms, hence changing the micro-economic environment of work in developing countries?

Levy’s dataset ends in 2013, still a relatively early stage in the adoption of digital commerce in Mexico, so he has little to say about this question in the book. When the data is available from most recent (2018) Mexican firm census, he or other researchers may be able to update the storyline. But for now, we can use Levy’s E(L,T,M) formulation to outline several possible channels of effect. These channels are also illustrated in a World Bank book published in 2018 entitled “Jobs of Tomorrow” on the links of technology to inclusive growth which draws on analysis in Latin America more generally.

First, the channels by which digital may affect labor (“L”). Online technology introduces new technology for monitoring remote work and measuring it in ways which may further blur the line between salaried and non-salaried. For example, in the past, the performance and productivity of certain types of work such as cab driving could not be monitored by vehicle owners, hence leading to forms of non-salaried contracts to hire the vehicle. Ridesharing companies like Uber have explicitly not turned their drivers into employees because of the added costs, but it is not because they cannot monitor their work. Uber’s technology enables them not only to know exactly where drivers are at any time, and to get real-time feedback from their passengers, and now to use forecasts of demand to offer minimum guaranteed rates per hour worked if certain conditions are met.

Another important channel on labor is through reducing the matching and transaction costs associated with hiring. Indeed, this is the logic behind many gig platforms where potential hirers can search for the skills they seek; and equally, contractors can match their availability and even cost to the skills. Similarly, these platforms reduce the transaction costs for hirers, since contracts are exchanged remotely, online and subject to pre-agreed overall terms and conditions.

Next, digital affects the taxation environment (“T”). Obviously, features like e-filing and e-payment of taxes which are now widely available reduce the transaction costs associated with tax compliance. Even more fundamentally, because it was hard to observe taxable income for self-employed people especially, tax authorities had to rely on more easily observable factors such as revenue or license fees, rather than profit) changes. However, now digital platforms which aggregate and pay income across a range of tasks or sales online are able to report income by recipient; and even potentially help by withholding income tax and filing for workers. This added capability has to be handled carefully: on the one hand, platforms do not want to be deemed as employers (who have to make PAYE deductions); and on the other, enhanced powers of tax surveillance without commensurate benefits to new taxpayers may simply drive people to less transparent or accountable platforms.

Finally on the market environment (“M”). Small businesses in most emerging markets live in a legal ‘twilight’ zone where it is very hard for them to enforce legal contracts on other parties because of the costs of court systems. Digital innovations like on Online Dispute Resolution (ODR) for quick and effective contract enforcement holds out the prospect of greater ‘digital justice’. Already, ODR systems solve millions of disputes automatically for large e-commerce platforms like eBay or Amazon, where the recourse provided by ODR played an important role in building consumer trust. The same capabilities may be extended more widely.

Finally, another important corollary of digital is that the creation of data around income and performance in forms which can be better verified opens the potential for better access to credit. Indeed, that is why e-commerce platforms like Amazon or Alibaba (through an associated bank called MyBank) have been able to make such rapid progress in underwriting credit to small merchants which use their platforms.

In summary, therefore, the application of digital technologies in the workplace has the potential to significantly enhance overall productivity in emerging economies in ways which could boost the income of millions of workers who today have low productivity work in the informal sector. However, whether this improvement will happen depends in part on the policies which will affect how labor is employed, or tax assessed or contracts disputed. This is challenging for policymakers in any context, but especially where current institutions do not work well. As Santiago Levy say (p.53):

“A new perspective is essential, one which recognizes that entrepreneurs and workers interact in a social context, and the quality of their interactions depends on the quality of the context…Economic policy which ignores social institutions is poor economic policy, and social policy which ignores economic incentives results in a poor economy. It is difficult for inclusive growth to occur under exclusive and malfunctioning institutions.”