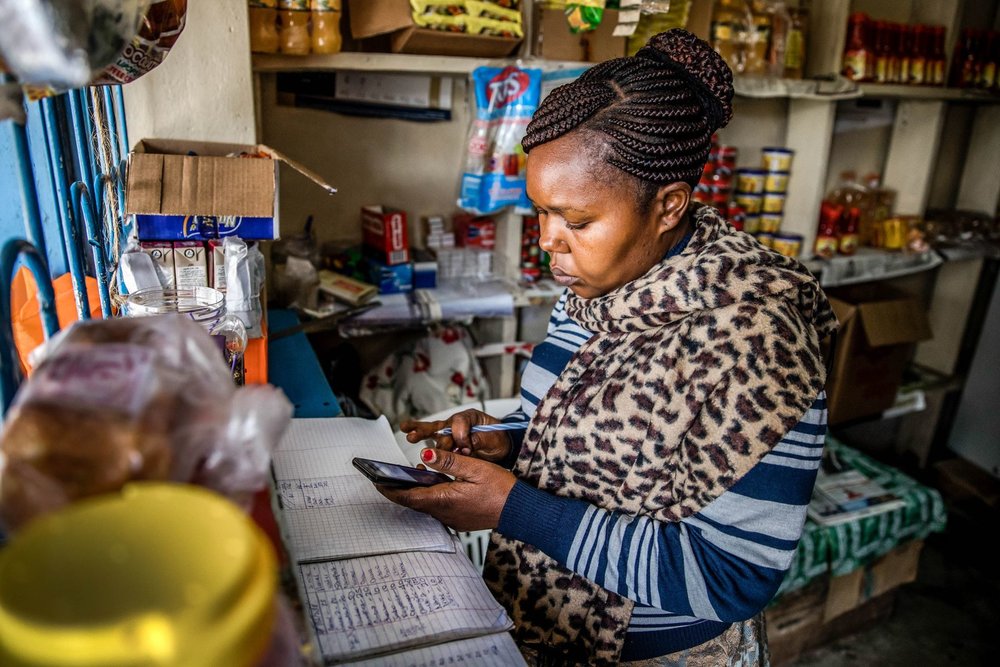 The defining characteristic of most work in Africa is its informality: according to the ILO, 85% is done in the household, in smallholder agriculture or in unregistered businesses of all sizes. So, why is that a problem? First, let’s dismiss one spurious reason: informality is not a problem because of the nature of most of the work done in the informal sector. In fact, the overwhelming majority of informal workers are not pursuing illicit activities, even if tax or licensing codes in some places deem their activities illegal because they are not registered. In uncertain and often volatile environments, informal work often acts as a buffer by providing a “job of last resort, which is absolutely necessary for survival”: most informal workers are simply working hard to make ends meet, working much longer hours on average than people in developed countries as a recent cross country study has found. And this points to the main problem with informality: most of the activity suffers from low productivity. This means that workers receive low value for the output resulting from all their inputs. Not only are incomes low but often highly volatile. The chasm between the vast pool of informal sector work and the small formal sector of ‘good’ jobs with benefits and stable pay is wide. And this gap is not shrinking either. This preponderance of informal work has profound effects on economic growth. In his recent book, economist Santiago Levy has ascribed the low growth rate in Mexico to the complex set of incentives created by policies and institutions which entrench informality and inefficiency. Together, they lead to what he called ‘under rewarded efforts’: despite having a sound political and macro-economic environment, economic growth is sluggish and exclusive, favoring limited sectors.

The arrival of digital connectivity has the potential to change the situation by bridging the former chasm of formal-informal and turning it into a spectrum of progressive formalization. In a report we produced in 2018, we coined the term ‘iWorkers’ for those people who are already digitally connected via smartphones and who consume online—free social media and increasingly even buying things online—but who also have the potential and ability to use the same digital tools for productive purposes. In the publication, we estimated that the size of this group may range from 30 million to 88 million people in sub Saharan Africa, a sizable part of a total labor force estimated at 600m by 2030.

Who are these iWorkers? We have seen them in recent quantitative and qualitative work with micro businesses in East Africa who are already using digital tools to promote their businesses and manage their customers. These microentrepreneurs are selling a variety of goods and services—from Anita who resells cosmetics to Agnes who markets her mother’s hairstyling salon or Mohammed who delivers homemade biryani stew to clients at their workplace. In general, these iWorkers are too small to (yet) be active on the formal e-commerce platforms like Jumia, Africa’s largest. Instead, they are using a range of free social media tools—Instagram to display their wares to customers, WhatsApp to manage orders and relationships—and then fulfilling and receiving payment separately. These iWorkers are learning and adapting digital tools which were not designed for this purpose in an innovative and entrepreneurial fashion. Many report seeing benefits in terms of growing their customer base; but they also report stress of having to manage “always on” businesses, without training or support in how to do this with digital tools. As the successful ones grow, they will also employ other people.

iWorkers are already active across a range of sectors, selling goods as well as services. A 2018 survey of 277 digital commerce platforms already active across Africa found that 61% offered services of different types. Digital workers are sometimes characterized as ‘gig workers’, or ‘microworkers’ or ‘e-lancers’. The size of this sector is hard to measure precisely but a 2017 survey of microwork in 7 African countries found around 1% of workers on average active on digital platforms. Countries everywhere struggle to measure this accurately; but even if the real proportion today were triple that, it would still be relatively small. However, it is likely the ripple of a much bigger wave of workers to come as digital connectivity and network effects expand. Powering this is Africa’s internet use, growing faster than in any other world region from just 2.1% of the population in 2005 to 36% in 2019.

Within digital services, the most relevant distinction to be drawn from a policy perspective is between work on remote crowd sourced platforms, such as Amazon Mechanical Turk, which allow clients to outsource small routinized tasks across a wide pool of global potential workers, and work on personal service platforms where the service involves some personal element hence is localized—like Uber in ridesharing, and in fact this category is often called “Uber for X”. Across these categories, the policy issues differ.

In the first category, since the buyers of services are usually offshore, mostly in the global north, it is hard for a local government to regulate how these services are offered. Research by Mark Graham and his colleagues at Oxford Internet Institute has found that, for all the flexibility and autonomy which this work brings, it also brings the risk of a race to the bottom of global wage rates and labor practices. The proportion of those who can actually generate reasonable incomes on these platforms is small relative to the hopeful who enroll. As explained by Nirman Pradhan, a Nepali iWorker, “you have to compete with the entire world [for bids] and push yourself constantly to just be competitive”. To encourage good practice among international platforms, the Fairwork Foundation has been set up to create a Fair Trade-like certification system which would distinguish those platforms that adhere to standards for the ways they treat the digital workers. Instead of regulation, some African governments like Nigeria have tried to support the emergence of ‘e-lancers’ as an export sector. The opportunity here may be less encouraging mass signup to platforms than mechanisms to enable successful local contractors to subcontract others locally to do work under their supervision and branding. These emerging localized clusters are the digital SME employers of the future.

In the second category of personal services, local governments have much more influence. However, it is important to target that influence well. In the developed world, there continues to be extensive debate about the boundaries between employees and contractors. A third category (known in the US as ‘dependent contractors’ since they are dependent mainly on one platform) has led to legal disputes and suggestions to modify the law to recognize them. In an Atlantic article called “The Servant Economy”, author Alex Madrigal describes this category in the US as ‘more than a gig but less than a job’. However, to dismiss this category in the developing world, or even to focus on finely parsing the distinction between independent and dependent contractors risks missing the main opportunity for the developing world: in the developed world, employees and contractors are usually registered for tax, eligible for pensions and labor rights, and they work under legally enforceable contracts, but in the developing world, workers on these platforms have been working informally before. They have lacked protection, recourse or access to capital, resulting in the low productivity trap which holds back much of the informal sector. But through platforms, they start to develop reputations through client scoring systems. They can become more efficient at matching needs of their clients like the iWorkers in our surveys are starting to do. They can also access credit via the platforms or their lending partners since their income and performance can be effectively monitored, enabling them to purchase capital goods, whether cars or tools, to expand their production.

In this way, personal service platforms can offer digital onramps for informal workers towards higher productivity and better paid work over time. However, for them to work well as onramps will require careful coordination and sequencing of government policies. It would be a big mistake to seek to regulate this emerging sector too early. But just to “wait and see” may no longer be an adequate policy response either in those countries where this type of work is starting to take off. In those places, there is a good case for governments to take a more proactive “test and learn” approach. This approach would mean engaging platforms AND workers. Policy makers could establish labor ‘sandboxes’ or virtual experimental zones in which explicit waivers from restrictive policies can be granted while the effects–on worker incomes, on customers, on platforms—can be monitored and better understood. That type of experimentation would create a foundation for more solid, locally grounded policy responses to check any abuses and to promote healthy features. Certainly this would be better than leaving it to labor courts to decide. If left only to courts or to regulators under existing labor laws and practices, then it is unlikely that the opportunity created by this emerging iWorker phenomenon to boost inclusive growth will be realized.

Read the new iWorker Country Diagnostic Report, with Ghana as a case study, to learn more about policy action to take for iWork to emerge and for iWorkers to thrive. 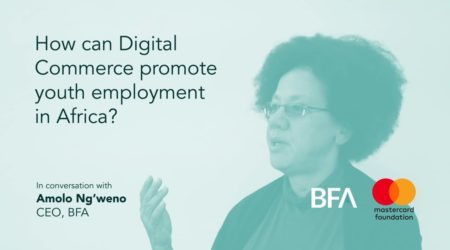 How can digital commerce promote youth employment in Africa?

Let’s Be Real: The Informal Sector and the Gig Economy are the Future, and the Present, of Work in Africa