Hustlers: Entrepreneurs whose success we can bank on!

A little over a month ago, we confirmed an exciting hypothesis that based on data mining and qualitative research, it is possible to predict the propensity of success for Kenyan “hustlers.” The research was the first of two phases in a partnership between FSD Kenya, Shujaaz Inc. and BFA Global to determine whether hustlers clearly demonstrate entrepreneurial traits that can be captured through an index whose efficacy persists over time. Phase one provided us with sufficient confidence in our ability to differentiate between future successful entrepreneurs and those who lack the ability or desire to seek growth and scale.

For context, “hustlers” are youth who undertake casual work, have a side job, or are otherwise self-employed. They also represent a significant portion of the five million fans of ‘Shujaaz’, the multimedia youth brand, which is designed and run by our partners at Shujaaz Inc. Some hustlers are destined to reach great heights, while others would prefer alternate sources of employment if they were available. The former group would benefit greatly from financial and non-financial support but are considered unbankable by most financial service providers.

This blog shares the findings from the second stage of the engagement whose focus was to understand the circumstances within which hustlers operate. Note that all research was complete by mid-February of 2020 before restrictions as a result of the COVID-19 pandemic were put into place

State of the Hustle

Most hustlers reported doing better after a year.

Shujaaz Inc. reached out to all 863 fans who had identified themselves as hustlers in the late-2019 survey round where we validated the “propensity to succeed” tag, and 377 responded. 57% of the respondents noted that their hustle was doing better while 24% reported they were doing worse (Figure 1). This “better” versus “same” versus “worse” distinction will be the primary lens for this blog.

Based on the survey, women reported that their hustles more often did better than those of men, or at least as well as those of the men. Hustlers doing best had been consistent with their main hustle for six months less compared to others, and noted that their longest hustle lasted six months less than for those doing the same or worse. It is likely that duration risk plays a role in this, as performance of hustles that last longer tapers off and suffers adverse effects.

Nevertheless, the hustlers who said they were doing better were also objectively doing better. Compared to those doing worse, their average reported sales were approximately 70% higher, gross profit levels 140% higher, and the proportion of that profit which they put aside 78% higher (Figure 2).

Consequently, hustlers whose businesses were doing better also put aside 5% more of sales as savings compared to those doing worse. Yet, levels of profit as a percentage of sales were the same across all respondents. Those whose hustles were doing better therefore had more funds available for personal use, not because they ran higher margins, but because they got more revenue. Metrics for those doing the same as the previous year were statistically indistinguishable from those doing worse.

Female hustlers earned more in daily sales, generated more gross profit, and could save larger amounts of money (Figure 3). As a result, while the profit margins were the same, female hustlers were able to generate more and put aside 3% more from revenue. Although small, that percentage belies a large difference in absolute amount (about Kshs 450 / $4.5) that is put aside daily.

The performance of female hustlers is otherwise indistinguishable from their male counterparts with respect to how long they had been in business, how long they worked, if they had employees, how they made decisions, or if the hustle allowed them to be self-sufficient. Shujaaz Inc seems to be doing a remarkable job at tapping into Kenyan youth aged between 18 and 25 years, without skewing for gender.

While many hustles are solo enterprises, about a third of hustlers reported having had people work for them for pay – essentially, as close to employees as we can get in the informal setting they operate in (Figure 4). Most hustles with “employees” also reported adding more “employees” in the previous year. Hustlers provide paid livelihood opportunities on an ongoing basis.

The nature of employment is distinct in two ways. First, almost all employment is part-time. This is understandable given their lack of steady and sizeable cashflow. The proportion of full-time “employees’” for hustles doing better was about twice that of those doing worse. Second, the proportion of hustles engaging family members was very low which is often not the case for micro- and small enterprises. The likely explanation for the reported lower level of paid engagement is that financial remuneration to family members is often seen as profit shares or withdraws from the till and not as “pay”.

Hustlers face challenges financing their business because they are thin-file clients to financial institutions, which are looking for a track record especially in the absence of collateral. As a result, about half of hustlers used savings to finance their businesses.  Other sources of finance included family (27%), with non-immediate family members (not parents or siblings) providing funding quite often (Figure 5). Former bosses and employers came next in line, consistent with apprenticeship setups that many hustlers benefit from.

About 60% of hustlers “boosted” their hustle, i.e. expanded it or took it to the next level. About half of those who boosted their hustles also resorted to their savings. Only one out of every seven hustlers boosted using income generated from the hustle, suggesting that most hustles do not generate sufficient income to allow for bootstrapping.

Not surprisingly, working capital needs come into play when running a hustle. About half of the hustlers have debt obligations to a variety of counterparties, including lenders, suppliers and family members (Figure 6). Repayment periods are short – half are paid off within two weeks and about 80% within a month. It is not known whether this is a result of a preference to do so or as the terms enforced by the lenders.

Those repayment terms are in stark contrast to the time horizon over which hustlers feel they would be successful. 42% of hustlers who are doing better envision being successful after five or more years, another 31% expect to be successful within two to five years, and only a quarter felt they were already successful or will be so within a year (Figure 7). There is, therefore, a disconnect between the term for financing hustlers currently have access to and the potential period over which they will need access to them. This may support the case for larger loans with longer terms, assuming revenue from the hustle is able to service them. Non-financial support should also address longer-term aspirational timeframes.

Hustlers we can bank on

The evidence-gathering exercise has been driven from the onset by a conviction that Shujaaz Inc., FSD Kenya and BFA share, that a segment of hustlers in Kenya represent diamonds in the rough when it comes to entrepreneurship at the very bottom of the pyramid. We point to four specific themes that support this conviction:

These themes encourage us to redouble our efforts to establish programmes that can provide appropriate financial and non-financial support to accelerate the entrepreneurial journey for the Kenyan youth with a high propensity to succeed as hustlers. We welcome service providers to join us in this journey.

The author of this blog would like to thank Felistus Mbole Namboya for her valuable input, review and comments. 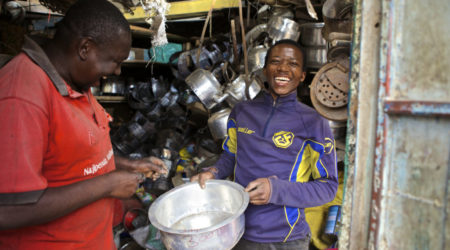 Predicting the propensity to succeed among Kenyan “Hustlers” 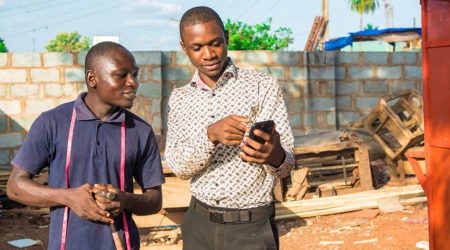 Chai, Chapatis and the Propensity for Success: How big data can help small hustles 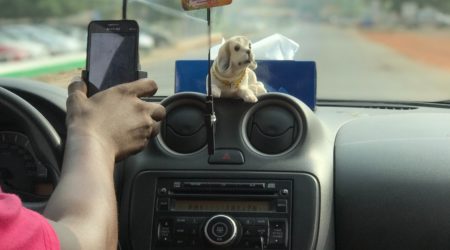 Digital pathways to inclusive growth: BFA Global’s next generation of work in livelihoods

The new economy presents opportunities and risks for digital workers Our excitement about digital platforms is grounded in their...