Riding (the) Rocket to Digitized Microfinance

Nasima is not alone in her struggle. SAJIDA’s field officers (FOs) have heard multiple complaints from group members who struggle to attend borrowers’ meetings to repay their loans. When BFA surveyed SAJIDA field officers, 87% noted that less than half the group attended meetings regularly. Many members were, instead, making their payments through another member who was able to attend. In a parallel survey with clients, or “members” as SAJIDA calls them, BFA found that only 7.7% of members looked forward to group meetings, while only 3.9% socialized at these meetings. Those who did not attend group meetings were simply too busy to step away from their place of business or from family responsibilities.

SAJIDA Foundation realized that group meetings no longer held the same importance to successful microcredit operations, especially in the urban and peri-urban areas where they operate. Since December 2017, SAJIDA has offered loan recipients at five branches the convenient ability to make repayments with mobile money at a neighborhood agent instead of with cash in a group. SAJIDA partnered with Rocket, a digital financial services product from Dutch-Bangla Bank Limited (DBBL). Rocket is one such product that, along with the likes of bKash and SureCash, currently enables 27 million account holders in Bangladesh to send money to friends and family, make purchases, and pay bills.

Each month, SAJIDA receives loan repayments from almost 10,000 clients across five of their branches using mobile money. These repayments record roughly 25,000 transactions totaling BDT 50 million (around USD 600,000). But how has this service really affected the lives of customers like Nasima? As it designs its future strategy, BFA, through OPTIX, assisted SAJIDA to look into this question. This article explores the customer experience (CX) around the introduction of mobile money repayments and what this means for SAJIDA’s business going forward.

SAJIDA asked members to make their loan and savings payments through Rocket’s over-the-counter (OTC) billpay option at a time and place convenient to them. While Rocket agents are fairly ubiquitous around the five SAJIDA branches, it directed members to certain agents who were strategically located and had a good reputation to make their repayments (figure 1). Group meetings became monthly affairs rather than weekly, preserving the critical in-person contact with field officers who would focus that time on advising members on the importance of savings, business tips, or other helpful life matters.

After several months of piloting this new solution, SAJIDA found that members appreciated three benefits of mobile money services — flexibility and convenience, satisfaction and pride, and privacy protection. Let us look a little more closely at each.

SAJIDA’s members have more freedom to choose when and where to repay their loans during their day. As we can see in figure 2, members take advantage of this added flexibility by spreading their transactions. Only 40% of all transactions occur between 9 am and 12 pm, the usual time for group meetings. Some choose to pay as early as 6 am and others as late as midnight. This is the case for customers like Farida*, who wish to make the payment on the way back from dropping their child at school in the morning. Now, Farida no longer has to keep her children waiting after school is over while she itches to leave a group meeting set at an inconvenient hour.

Interestingly, members seem to prefer certain times of day to make repayments based on the amount of their installment payments. We must note here that those who pay later in the day tend to pay higher amounts. While the average transaction amount is around BDT 2,000 (USD 25), the figure is around BDT 1,500 (USD 18) for those who pay at 8 am and BDT 3,000 (USD 36) for those who pay at 4 pm. This unexpected but welcome self-selection process seems to arise from the desire of the small business owner to “make the money work for one more day” before they pay an installment.

Some SAJIDA members also reported satisfaction, even pride, knowing that they are dealing with a real bank (DBBL), which is something that they had not been able to do before. Others noted that the world has become more technologically advanced and they are happy that SAJIDA has embraced this evolution by offering digital services. Some users like Farida noted that using mobile money services had set individuals like her apart from her peers. This was something she proudly pointed out to field officers from other microfinance institutions (MFIs), much to their chagrin.

Being able to repay through Rocket has also been a boon for discreet borrowers. Some of SAJIDA’s members are better off compared to their neighbors and fear losing face if people find out they have taken a loan to smooth over a temporary financial shortfall. Repaying through Rocket agents instead of in the middle of a bustling group affords them this discretion. The added privacy is also an advantage for women who borrow without the knowledge of their husbands. In fact, some socially conservative members preferred to send the money to the Rocket agent rather than meet up in person with the field officers, who are predominantly men.

These benefits have outweighed those of attending group meetings for most clients. Yet the transition brought new challenges for some members.

A passbook, but by another name

One of the core activities of each group meeting is the use of passbooks to record each loan repayment (figure 3). Perhaps the most significant change for those switching to mobile money payments was accepting SMS confirmation messages instead of passbook entries. In addition to missing the reassuring physical proof of payment represented by a signature in a passbook, customers found that SMS messages would come to a phone that they may have often left at home or with someone else. The messages would be in English — a language many members do not speak — and would often be ignored because of the volume of other promotional messages members received. In rare cases, the SMSs would come late due to network issues, causing distress to members who worried that their payment had been lost.

SAJIDA introduced paper statements in response to the discomfort around SMS confirmations, which would be distributed at the monthly meetings. Members welcomed these paper statements as they saw them as a sort of “bank statement”. Though the first version was in English, SAJIDA has instructed its vendor to work on a Bangla version in response to feedback from members.
Not surprisingly, we found that younger, more tech-savvy members were increasingly comfortable in relying on SMS messages instead of passbooks. As soon as they heard the familiar “ping” of an incoming message after their transaction was made, they would exit the agent’s shop before even checking the content of the message. New and younger members have generally had an easier time embracing the transition, as older or existing members had to change a behavior that had become second nature to them over many years.

One concerning trend has been a decline in member savings collections that lead to lower savings balance in members’ accounts. While loan officers could encourage members to save more during the weekly group meetings — the high-touch reinforcement mechanism does not exist when members engage through Rocket agents. As a result, many members choose to save a smaller amount during each transaction, and some elect to forego all savings entirely.
One of the five branches saw a reduction of 15% in savings balance per member in July, 2018, compared to the three-month average before the introduction of the mobile money service, as withdrawals exceeded collections. But at the other end of the savings mobilization spectrum, another branch managed to increase the savings balance per member by 37% over the same period, bringing in much more than was withdrawn. Clearly, the aggregate of member savings behavior varies and client-facing research is currently underway to determine how much of this is due to mobile money usage as opposed to other factors.

As the provider of microfinance services, SAJIDA has endured the most of the challenges thrown up by this transition. These include, among others:

But these are hurdles are worth overcoming when the benefits for customers are clear. Clients who are part of cash-focused, group-centric, passbook-dependent traditional microfinance are not only capable of making the transition to a cashless mobile money format — they will embrace it because of the flexibility, satisfaction, and privacy it offers. Mass-market financial institutions have been moving into the low-income segment while lean fintechs have been nipping away at the next generation of clients. As long as SAJIDA keeps listening to its clients and tailoring its offering accordingly, it can compete with these financial institutions.

SAJIDA’s members seem to have embraced the freedom to choose the time, place, and value of their loan repayments. Members enjoy a more flexible and convenient service, welcome greater privacy around their financial dealings, and feel proud to transact with a modern service, “like a bank.” Some continue to struggle with not having a passbook anymore, and others choose to save less. But, overall, the client experience has been positive. Virtually no one chooses to return to the previous cash-based group model when offered. As a result of keeping a positive, least-disruptive customer experience as its primary focus, SAJIDA was able to pivot multiple times and navigate through significant obstacles to continue to serve 10,000 satisfied, repeat users of its new mobile money service.
The next challenge for SAJIDA is to adapt their operations further to reap the benefits of this new digital offering fully from a business standpoint. A key impediment is the business case, which in turn, relates to the high fee associated with mobile money. SAJIDA realizes that OTC does not represent full digital financial inclusion and it might in fact delay members’ entry into a digital ecosystem, which is a key long-term consideration.

Stay tuned over the coming months, as SAJIDA continues to tweak this new cashless service and collect data and information to better understand customers’ needs, preferences, and behavior, before considering further expansion. 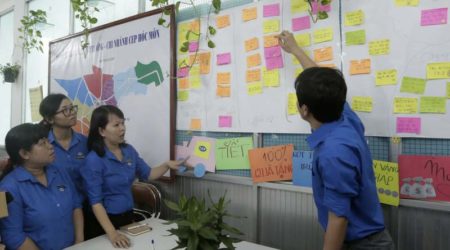 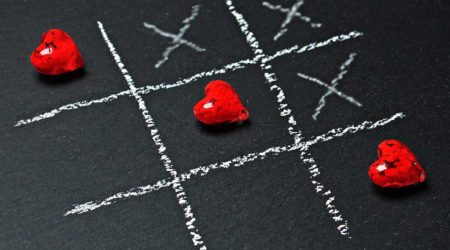 Three Steps (and One BFF) for a Perfect Bank-Fintech Match 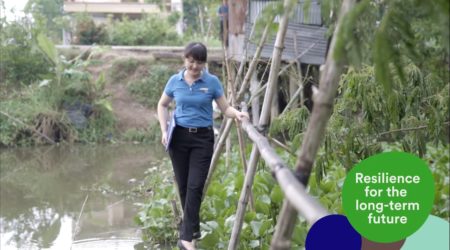 CEP FAS App Demo: Helping Clients Save for the Future