Afsana works at a garment factory in Dhaka and has two young daughters. She recently opened an Astha term deposit account with SAJIDA Foundation for 10,000 Bangladeshi Taka ($120) after learning about its benefits from a loan officer. For Afsana, Astha has allowed her to lock away a lump sum which is difficult to do on her limited salary and pressing needs. She explains, “My children are studying. I want to invest money for their higher education. I would also like to save up to build a house in the village one day.”

Astha, a term deposit account, allows SAJIDA Foundation members to save toward a purchase or financial goal. Members can deposit small amounts for a specified length of time while earning at-market interest. Astha, meaning “reliance and dependability” in Bengali, is a product of SAJIDA Foundation, an NGO which offers a microfinance program and various health and other development initiatives throughout Bangladesh, including long-term savings options for unbanked or underbanked individuals like Afsana.

Uptake of the Astha savings product was good, but through the OPTIX project, BFA conducted data analytics and client research revealing that most of the accounts had lower balances than anticipated, with a median of around BDT 2,000 ($24).

By redesigning and rolling out new features to increase adoption of the Astha accounts, SAJIDA Foundation saw a 97 percent increase in accounts opened and 59 percent more mobilization of savings, comparing the Astha savings profile from July to November 2016 to the same period the year before.

THE REDESIGN: NEW FLOOR AND FLEXIBILITY IN ASTHA

With the guidance of BFA’s business and customer insights experts, SAJIDA Foundation made the following changes to the design of the term deposit:

FROM EVIDENCED-BASED REDESIGN TO IMPACT

The total amount mobilized increased for all months except for November and doubled in value in July. There was a slight dip from 3.0 million in 2016 to 2.9 million in 2017 (Figure 2). We need to keep a close eye on data after November to see if this decrease is an anomaly or the beginning of a slowdown in savings mobilization in Astha accounts.

REFLECTIONS ON CROSS-SELL AND NEXT STEPS

The redesigns resulted in a discernible positive impact on account openings and savings mobilized. However, the shift in the average balance of accounts with minimums of BDT 5,000 ($60) was less obvious. The decrease is potentially the result of another possible cause — savers that typically maintain balances below BDT 5,000 ($60) are now saving at the threshold. If this is the case, then the outcome would be a positive one for SAJIDA Foundation. By monitoring the data after the staff started using different language on account balance minimums, it will reveal whether anchoring was the real cause of the shift.

In the spirit of peer-learning and cross-collaboration across OPTIX institutions, SAJIDA Foundation’s experiences will be very valuable to another project partner, the Capital Aid Fund for Employment of the Poor (CEP), in Vietnam, when deploying their own term deposit product. CEP will not only be able to leverage what we learned at SAJIDA Foundation but also benefit from lessons around packaging and marketing a long-term savings product, goal-oriented narratives for field officers to promote term deposits and best practices for appropriate analytics to track product performance. 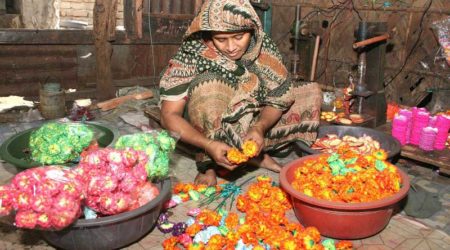 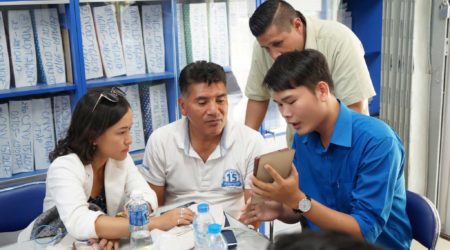 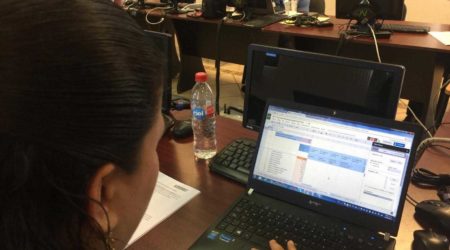