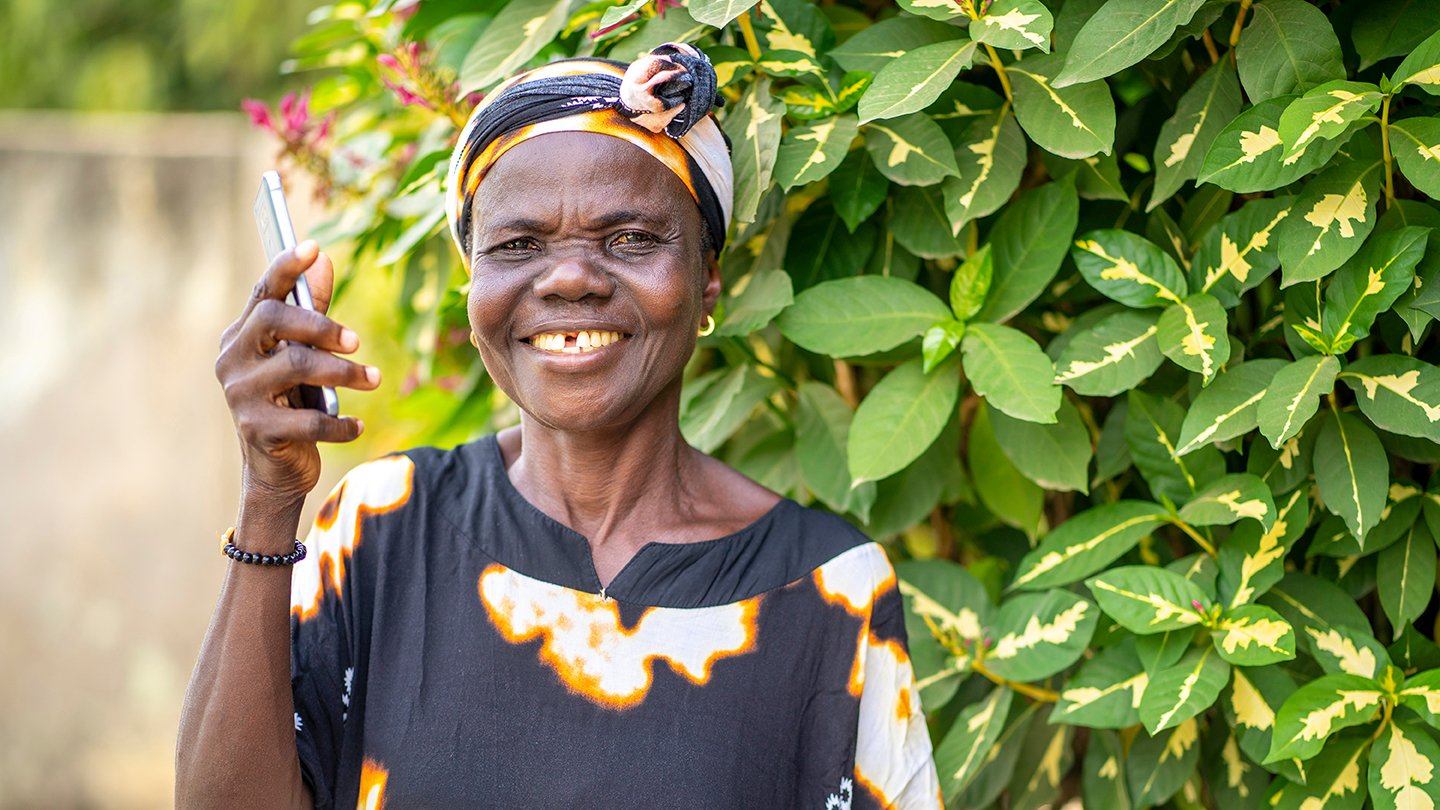 Blog 4 of the Recovtech series, this post written in partnership with members of the South Africa Recovtech team.

In our first blog in this Recovtech project series, we highlighted domestic fintech champions in each of our four project countries — Egypt, Kenya, Nigeria and South Africa. The rising valuations achieved by these champions seem to signify success. But what do high valuations say about how these companies contribute to inclusive growth? Or are the valuations just another manifestation of the global infatuation with new technology, independent of social consequences?

The connection between technology developments and real priorities increasingly matters to governments and consumers. Some leading players, like the UN agency UNCTAD, have voiced concerns that digital innovation may in fact lead to greater inequality by concentrating wealth and income in fewer hands. That outcome would not be inclusive.

How then can fintech innovation promote inclusive outcomes like new jobs? Let’s first be clear that the direct contribution of fintech ecosystems to local employment is small in most places: even large fintech firms are seldom large employers themselves (PayPal reports 23,200 employees worldwide and Ant Group reports fewer than 10,000, mainly in China). In addition to being modest employers, their staff profiles, like most tech companies, are usually weighted towards higher skills and higher incomes than the national average. Even if we widen our lens to include all types of fintech innovation, not only non-bank fintech companies, the formal financial sector in these countries is typically not a large source of employment in itself. So fintech’s main effect on inclusive growth must come indirectly through other economic sectors.

Fintech innovation should improve the efficiency of conventional channels through which a financial system contributes to economic growth. The main three channels are: 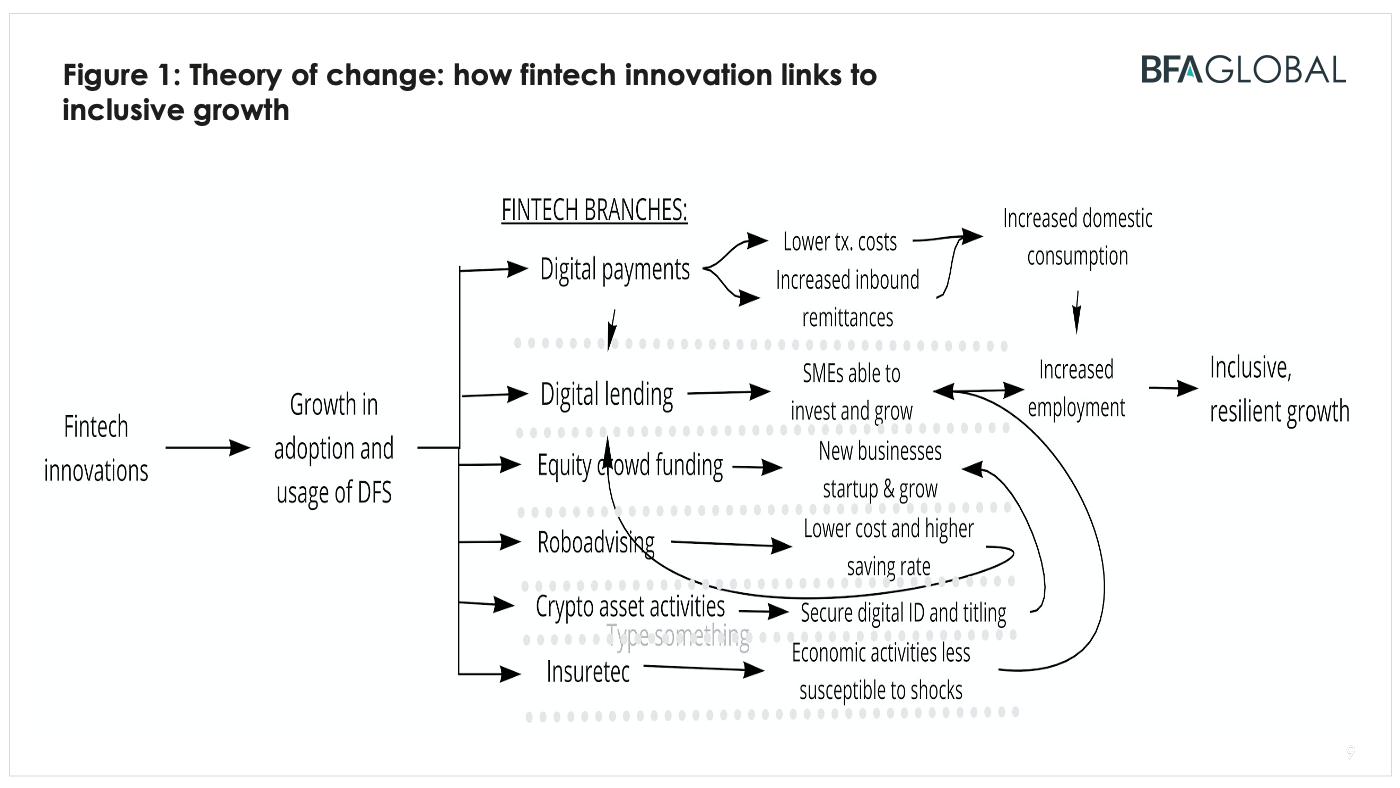 Fintech innovation can make all of these channels more efficient and more accessible. The link between greater use of digital financial services and faster economic growth has been shown in a recent IMF report entitled The Promise of Fintech: Financial Inclusion in the postCovid era: the authors found that countries with higher levels of digital financial inclusion were associated with higher annual GDP growth rates. There is also some evidence that the nature of growth was more inclusive, at least from a gender perspective. However, in most countries, fintech innovation is relatively new and relatively small, so the effects may be as yet limited.

The COVID-19 pandemic has not fundamentally rewired the linkages, but it does challenge the priority of various channels at different phases in the crisis. During the response phase of the pandemic, governments tried to ameliorate the negative economic consequences of restrictive measures. Many prioritized accelerating the use of digital payments, both as a way to stop spreading the virus by encouraging remote transactions and as a way to disburse emergency funds to households and firms. In addition, countries which receive substantial foreign remittances have also sought to facilitate these flows to cushion falling domestic household  incomes. Some of these measures will have consequences which endure well beyond the response phase alone: for example, nudging or pushing consumers towards digital payment will likely accelerate the adoption of digital commerce as they become comfortable sooner than they might have otherwise.

The recovery phase follows as nations end economic restrictions and seek to make up for the loss of incomes and jobs by restarting growth. An increase in digital payments alone will not restart inclusive growth. Rather, a restart will likely require the mobilization of substantial new resources to finance the launch and growth of businesses in the economy, especially micro, small and medium enterprises (MSMEs).

The reason for a greater focus on MSMEs in recovery is simple: in most economies, MSMEs contribute the bulk of GDP and importantly 50% of total employment. MSMEs have also been more vulnerable in general than larger firms which have bigger capital bases, cash reserves or credit lines to fall back on. A recent McKinsey’s survey of SMEs in South Africa reported that around half expected to make a loss in 2020. A July 2020 survey of 737 SMEs operating in Lagos, Nigeria at the start of the pandemic found that 9% had already closed; 80% had seen their profits decline and many had laid off half of staff compared with peak employment levels in 2019. In September 2020 The SME Finance Forum conducted a survey of their members, who are involved in SME financing around the world, and reported that a quarter of them expected that 40% of more of their borrower clients will be in distress within 3 months. This proportion has risen since the July survey.

The IMF report concludes: “Digital financial inclusion is evolving from spend to lend.” In 2020, G20 nations have sought to accelerate the trend by adopting the objective of leveraging new technology to boost access to finance for SMEs as well as other women and youth. Innovative fintech ecosystems of the future will be judged not only by how many domestic champions they produce but also by whether the innovations are relevant to the needs of the societies from which they come. Necessity may indeed be the mother of invention, but her fintech ‘offspring’ will be more numerous and healthier in ecosystems which encourage inclusive growth. 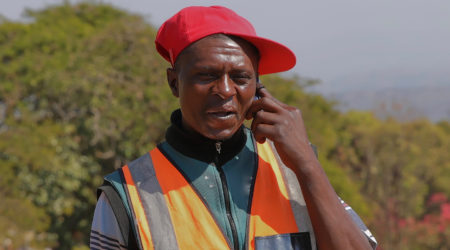 Blog 3 of the Recovtech series, this post written in partnership with members of the South Africa Recovtech team.... 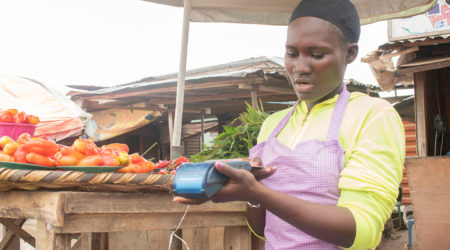 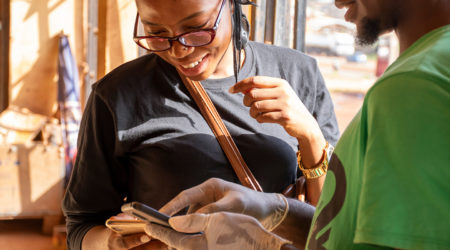 How domestic fintech ecosystems shape the nature of innovation

Blog 1 of the Recovtech series, this post written in partnership with members of the South Africa Recovtech team....